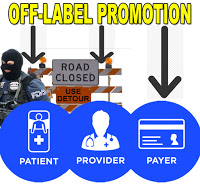 As is my tradition – as well as the tradition for many other editors/pundits – it’s time for me to tell pharma what I’d like to see included in its list of 2017 New Year’s Resolutions.

Last year I noted that 2015 wasn’t an especially good year considering that “the media and politicians have found a face for evil pharma and rising drug prices: Martin Shkreli!” (here).

It’s déjà vu all over again! Only this time many more evil pharma faces have come forward including the CEO of Mylan, aka “Pharma Sis” (read “Mylan ‘Gamed the System’ and Refuses to Testify at Senate Hearing About EpiPen Costs to Medicaid”), and top executives at “Crooked Valeant” (read “More Top Executives Flee Sinking Crooked Valeant Ship with $ Millions in Bonuses In Tow”).

Before getting to this year’s resolutions, let’s see if the industry followed any of the resolutions I suggested for 2016.

At the top of my list last year was “Put more real-world distance between you and the likes of Martin Shkreli.” At least two pharma companies decided to take my advice: Novo Nordisk (Novo Nordisk President Pledges to Limit List Prices of Drugs But Cannot Guarantee Market Price) and Allergan (Allergan’s Brent Saunders’ Manifesto on Drug Prices & Access).

Number 3 on my list last year was “get rid of those embarrassing ‘mascots!’” in DTC ads. Unfortunately, that did not happen as far as I can tell and as a result the FDA is sticking to its plan to study the impact of animation in DTC TV ads (FDA Will Apply the “Uncanny Valley” Hypothesis to Test the “Eeriness” of Animated Characters in Drug Ads) despite industry opposition (Pharma Cites 1st Amendment to Oppose FDA’s Study of Animated “Mascots” in Drug Ads).

#1: Be proactive and beat Donald Trump to the punch by lowering drug prices for Medicare.

Recall that, on the campaign trail, Trump called for requiring Medicare to negotiate with drug companies to lower costs. I don’t think Trump can fulfill this promise if the pharma industry is lobbying against it. 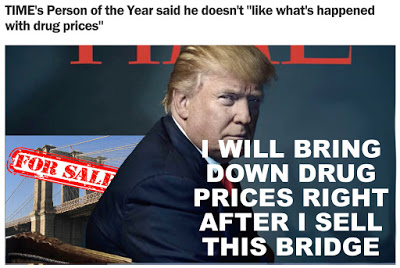 #2: PhRMA should modify its DTC advertising Principle #6 to include a moratorium on print and TV DTC ads for 6 months after launch of a new drug. 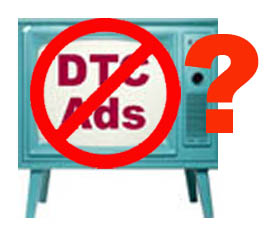 In 2016, several organizations called for an outright ban on direct-to-consumer drug ads (read, for example, “Pharmacists Say DTC Advertising Must Go: It’s ‘Not Working’ & Wastes Resources“) and there have been rumblings during the 2016 presidential campaign and in Congress to hobble DTC (read, for example, “Senators Beat Hilary to the Punch: Propose Ending #Pharma Advertising Tax Deduction” and “AMA May Propose Eliminating Drug Marketing Cost as Tax Writeoff“).

Currently, Principle 6 of PhRMA’s DTC Principles merely states “companies should spend an appropriate amount of time to educate health professionals about a new medicine or a new therapeutic indication before commencing the first DTC advertising campaign.”

It seems, howevevr, that most pharma marketers believe an appropriate “amount of time” = 0 days! or even NEGATIVE months! FDA recently cited two pharma companies for engaging in promotion of investigational drugs; i.e., drugs not yet approved by FDA for marketing (see here). In other words, Principle 6 as written, is merely for show. It’s time for the industry to do more.

Some time ago, I proposed an experiment: Eliminate TV broadcast DTC advertising altogether for one year, but keep print and Internet-based DTC advertising. That is, no broadcast DTC for ANY drug, new or old. Drug companies could pocket the money saved or spend it on print and Web promotions, which are not a target of DTC critics in Congress and elsewhere. Of course, as long as pharma marketers think DTC advertising has a positive ROI, this will never happen. Some experts, however, contend that TV DTC ads are ineffective (read, for example, “TV Direct-to-Consumer Drug Ads Are 93% Ineffective“).

#3: Do more to break the “Glass Ceiling” in pharma executive suites and boardrooms!

According to Women in Bio (WIB), an organization of professional women in the life sciences, “women hold just a small number of corporate board seats. In 2015, the 2020 Women on Boards Gender Diversity Index of Fortune 1000 companies showed that 17.9% of corporate directors were women. That number drops to 10% in biotech companies. These numbers are disproportional when you consider that women comprise about half of the total U.S. workforce, hold half of all management positions, and are responsible for almost 80% of all consumer spending.”

#4: Cut down on the use of celebrities in branded drug ads and unbranded disease awareness ads.

Celebrity endorsements and sponsors have long been a tool valued by pharma marketers (view the “Celebrities Who Shill for Pharma” Slideshare PPT for a comprehensive history).

My view is that celebs are being overused by pharma marketers these days. Why?

First, there’s the money; i.e., talent fees, which the pharmaceutical industry does not disclose as opposed to the sports apparel industry, which, I believe, often does disclose fees paid to celebrity endorsers. This is just another lack of transparency by the drug industry, which together with the lack of transparency about drug pricing is hurting the industry’s reputation.

Second, consumers are not impressed. A survey developed by WP Engine and fielded by TNS found that nearly ALL consumers (96%) do NOT want to see stories about how celebrities use a company’s products (read “Pharma: Your Brand Celebrity Spokespersons Are Worthless!“). This should be a wake up call for pharmaceutical marketers who are wasting precious marketing dollars hiring celebrities to “talk” about their products.

Third, reputations are at stake. Brand name drugs can be tarnished by the bad behavior of celebrities. The classic case, IMHO, is the hit Victoza took when celebrity chef endorser Paula Deen was caught using the “N’ word (read “Should Novo Nordisk Dump Deen?“).

Fourth, who’s kidding whom? E.g., Jennifer Aniston shilling for Shire. “We picked up a magazine and there was a story about Jennifer [Aniston] and she mentioned that she’s addicted to eye drops,” said Vic Noble, head of marketing, ophthalmics, for Shire. “A few phone calls later and she was on board, Noble noted, adding that “this is an issue she’s been dealing with for a while.” If you believe that story, then I have a bridge in Brooklyn I’d like to sell you!

#5: Resist the urge to promote off-label uses of drugs directly to consumers.

It seems more likely than ever that FDA will relax its regulations regarding off-label communications by pharma (read “FDA May Have No Choice But to Allow Direct-to-Consumer Off-Label Drug Promotion“) and even though many patient advocates/empowered patients seem to be OK with getting off-label information directly from the pharma industry (read “Patients with Chronic Conditions Are OK With Off-Label Drug Promotion“), drug marketers should be proceed with caution and NOT engage in “off-label DTC” promotion, IMHO.

After attending the November, 2016, FDA hearing on off-label communication (see “Archived Webcast of FDA Part 15 Hearing on Off-Label Communications Regarding Approved or Cleared Medical Products“), I sense that the FDA will grant the industry’s request to allow it to provide payers with off-label data in support of formulary inclusion, but the agency will continue to push back on relaxing further off-label communication with physicians and consumers (read “Will FDA Open a Path to Off-Label Promotion from Pharma to Payers & Not Patients or Providers?“). That should be enough to satisfy the drug industry at least until 2017 rolls around.