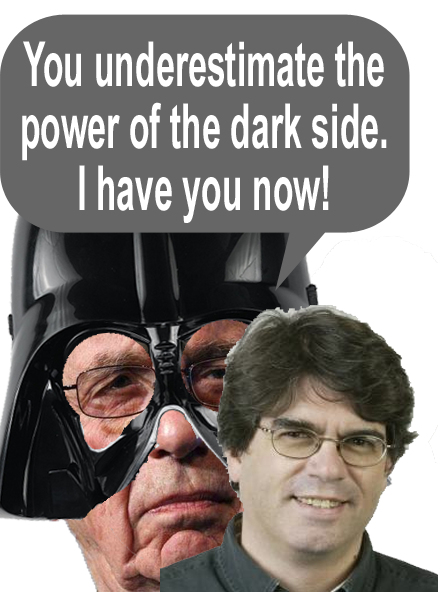 In case you haven’t heard, Ed Silverman — former creator and writer of Pharmalot blog — has joined The Wall Street Journal pharma/health team & will blog there.

Scott Hensley formerly of the WSJ Health Blog once wrote:

“This blog and Pharmalot, the brainchild of veteran pharma reporter Ed Silverman, have been friendly rivals since we both entered the blogosphere two years ago” (“Pharmalot, R.I.P.; Long Live, Ed Silverman.“).

That was back in 2009 when Ed left the Newark Star Ledger and before he set up Pharmalot as an independent blog that I followed religiously.

I wish Ed all the best, but I anticipate that I will not be reading his blog posts as frequently as I did when he was writing for Pharmalot.

Read on to learn why.

Regular readers of the Wall Street Journal may have noticed that lately it has lost its investigative journalism edge. It’s been a slow and subtle change after the Journal was purchased by Rupert Murdoch, the media mogul who also owns Fox News and who regularly hacked the phones of UK celebrities, royalty and public citizens — even the phone of a murdered teenage girl.

Will there be the same slow and subtle change in Silverman’s investigative journalistic style to match the drivel that currently is published on the WSJ Health Blog? By which I mean, will we see posts like “Six Tips For Better Napping” rather than the exposés for which Ed was famous?

But one thing seems certain: Pharmalot is definitely dead this time. It’s not likely that Ed will be able to moonlight on the side while working for Murdoch.