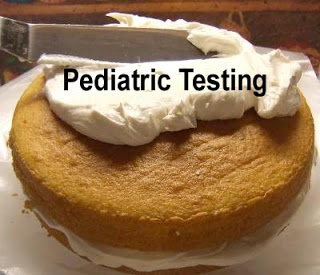 Very few people may know that drug companies can get an additional six months of market exclusivity from FDA as an inducement for them to study the efficacy and safety of drugs in children. Fewer people realize that no matter what the outcome of such tests, FDA will still grant the additional 6 months of exclusivity before generic copies of the tested drug can be introduced.

A case in point is Cymbalta, an antidepressant marketed by Lilly.

As reported in the Wall Street Journal (here), Cymbalta will have an additional six months of U.S. market exclusivity — through December 2013 — because the company studied the drug’s effects on children. “Lilly said, however, that it won’t seek regulatory approval to market Cymbalta for pediatric use because study results were inconclusive regarding Cymbalta’s efficacy in children.”

Cymbalta is the “duct tape” of drugs; i.e., it has many approved indications for use in adults.

Cymbalta was originally approved in 2004 for adults with major depression. Later the FDA granted Lilly approval to market Cymbalta for treating nerve pain in diabetics, GAD (ie, “generalized anxiety disorder”; see “eGAD! How I Learned to Stop Worrying and Love Cymbalta!“) and fibromyalgia, a condition characterized by chronic fatigue and muscle and joint pain.

With each new indication comes the potential to increase sales significantly. In 2010, for example, Cymbalta was approved for chronic lower back and knee pain, an indication that may have increased sales by $500 Million, a 16% increase over the $3.07 Bn in sales for Cymbalta in 2009 (read, for example, “Cymbalta: A Sweet ROI for Chronic Pain Indication“).

But a 16% increase in sales is paltry compared with a 50% increase in sales that is possible when the FDA approves a drug for use in children under the Best Pharmaceuticals for Children Act, a statute that created the incentive for drug makers to test the products in young patients. For Lilly, a 6-month extension of market exclusivity for Cymbalta could give Lilly more than a $2 Billion windfall (in April, 2012, Lilly reported that first-quarter sales of Cymbalta rose 23% to $1.11 billion).

I’m sure the intent of the law was to make it possible for physicians to prescribe drugs for children based on evidence that the drugs worked in children. To offset the cost to drug companies to run trails to prove efficacy, Congress allowed 6 months of additional exclusivity during which those costs could be recouped. In the case of Cymbalta, children do not benefit and Lilly more than recoups the cost of pediatric trials, which involve perhaps only a few hundred subjects.

Purdue Pharma, however, claimed it lacked resources in 2004 when it abandoned a pediatric Oxycontin clinical trial requested by the FDA. Only now — when Oxycontin is a mere year away from losing market exclusivity — is Purdue pursing such a trial (see “After Delay, OxyContin’s Use in Young Is Under Study“). Sales of Oxycontin reached $1.7 billion (in the U.S.?) in 2004.

It is too soon to know if the Oxycontin pediatric trial will demonstrate any effectiveness in treating children under 12. One thing that is certain, however, is that street use of Oxycontin by children and young adults is deadly. If extended market exclusivity can help prevent illegal diversion of even cheaper generic versions of Oxycontin, then I am all for it no matter what the clinical trail results!