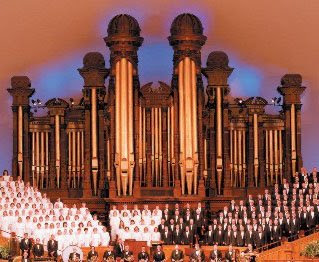 I spent all day yesterday at CBI’s 8th Annual Forum on eMarketing for the Pharmaceutical Industry in Princeton, NJ. As usual, I did not know quite what to expect in a year that seems chock full of such “e” conferences here in the US and in Europe (see the PMN Conference Calendar for a complete list of upcoming conferences).

Is supply outstripping demand? Not by the looks of this conference! There were about 100 to 120 people in attendance and I was told about 20% were pharma people — many of whom were presenters, which was a bonus. This morning I will miss the presentation by the FDA, but I have a “stringer” on site to cover for me.

I did “tweet” from the conference and perhaps the best thing I can do now in the short time I have — I plan to attend for a few hours today — is to just list a few things that impressed me. BTW, I think if you tweet too much while attending a conference, you are not able to listen carefully to what is being said. Also, it’s very anti-social, IMHO. I enjoy the human interaction and if I’m hunched over my cell phone tweeting or over my laptop “live blogging,” then I am putting a wall up between me and other people. Just too nerdy for me!

Speaking of socializing, I like that CBI used a roundtable set up instead of a classroom set up. This allowed groups of people to get to know one another during the conference and not just during lunch. I admit, however, that I picked a sparsely populated table up front and did not take full advantage of the situation.

During the interactive regulatory and compliance roundtable session, I sat at one of the more popular tables that discussed the opportunities and challenges of pharma eMarketing via healthcare provider web sites. Some other roundtables, such as the one focused on Second Life, had no warm bodies at all. I guess they were all online in their virtual world.

I was surprised to hear a lawyer — Mas Matsuda — who is Associate General Counsel at Amgen, put forth the idea that pharmaceutical companies should somehow get together and hash out eMarketing guidelines or best practices. At lunch we discussed how this could happen without violating anti-competition laws. Obviously, if pharma companies can get together via PhRMA and draw up guiding principles for TV and print advertising, they should also be able to do that for Internet marketing. We may have to wait for hell to freeze over for that, but it’s obvious that companies are developing their own guidelines.

The audience response people from Meridia were at the conference and several speakers polled the audience during their presentations. Matsuda, for example, asked the following question:

“Does your company currently have eMarketing Guidelines?”

To which 48% said Yes, 28% said No, 15% said such guidelines were in the works, and 10% admitted that they simply did not know. There was no breakout according to pharma vs. non-pharma people. I suppose, therefore, that the 28% who said “no” could all be pharma people! More on that later.

Matsuda did ask only pharma attendees to respond to this question:

“Are you currently considering participating in social media for your branded products?”

An amazing 78% said Yes and only 14% said No. I guess pharma attendees to these eMarketing conferences are already “e” evangelists and are hot to trot. Which is the main problem with all these conferences: presenters are preaching to the choir. What we need is a forum that brings together the whole pharma congregation, not just the choir.

Got to go. More later!

Acomplia Not for the Gun Totting Bikini Crowd