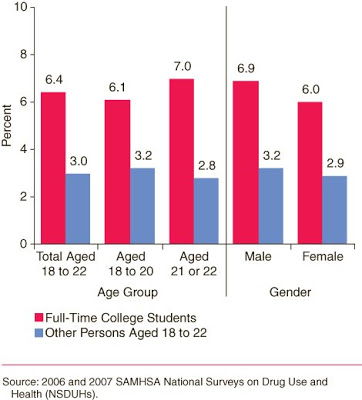 Finally, all those college kids who have engaged in the ADHD stimulant drug (Adderall, Ritalin etc.) black market on campus have had their anecdotal evidence vindicated by a scientific study that proves that Adderall, et al helps students score higher on tests! This was reported by Reuters (see “Children who get ADHD drugs score higher on tests“).

If you think this study was funded by the drug industry, you are wrong. “The study was government-funded and did not have links to companies that make the drugs,” claims Reuters.

Strangely, a subhead of the article states “Tutoring, parental involvement also called key elements.” Whew! For a minute I thought all my dinner discussions with and rewriting of essays for my sons were in vain!

However, the article included no data to support the parental influence claim. All we have is this quote from Richard Scheffler of the University of California, Berkeley, one of the researchers: “Drugs are part of the answer. But we need parent involvement, understanding what this is and how to work with the kid. We need the school to be involved. We also think that special services like tutoring need to be made available.”

I mean, this sounds more like a personal opinion than a fact backed up by data.

In fact, this is strangely reminiscent of the statements often made by the drug industry in its drug promotions as in “along with a healthy diet and exercise,” etc. Just kind of an afterthought to ease our consciences. “We’re not promoting drugs as the answer. But we did find medication does improve standardized math and reading scores in the long term,” said Scheffler.