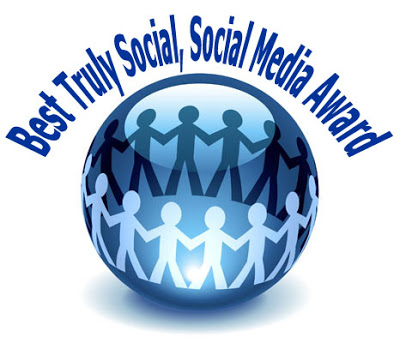 There were two major awards events in the past week. The first was the 2009 DTC National Advertising Awards presented by DTC Perspectives Magazine at the conference of the same name held in Washington, DC on April 15 to 17 (see results here). The second was the Manny Awards presented by Med Ad News on April 22 (see press release here).

Neither of these awards had a category for Best Social Media Campaign or Agency despite all the recent focus on social media by drug industry agencies at industry conferences and on Twitter (see, for example, Social Pharma Unconference).

The Gold winner in DTC National’s “Best Digital Media Campaign” category DID go to a “social media” campaign; ie, Gardasil Facebook Fan Page: Take a step against cervical cancer, but I would hardly call that a “truly social” social media campaign. Despite the fact that there are over 100,000 fans of the page, the wall contains only ONE comment, which was submitted by the Merck agents and not a fan. In fact, I see no way that I or any other fan can submit a comment!

That’s the way it is with pharma’s use of social media – it’s false (see “Faux Social Marketing: Have Your Cake and Eat It Too!“).

I am not a fan of awards, as you may know. Traditionally, trade publications give out rewards to their best advertising clients or do not necessarily reward what’s really important. The Gardasil Facebook campaign reward, for example, did not reward Merck’s agency for creating a truly interactive social media site that carried on a conversation with its fans. The only thing “social” about it is that it’s on a social media site. It could just have well been any web site.

What about it DTC Perspectives, MM&M, Med Ad News? Will you do that? Or do you believe, like the FDA does, that social media is just another form of media not needing any special consideration?

If these prestigious publications do not take up my challenge, perhaps I once again will have to take up the slack and do it myself via Pharma Marketing News!

Better idea! Instead of writing a white paper, maybe the attendees of the Social Pharma “unconference” should develop this award program. What do you think?

Lipitor Down, But Not Out: Pfizer Plans an OTC Version. Will...