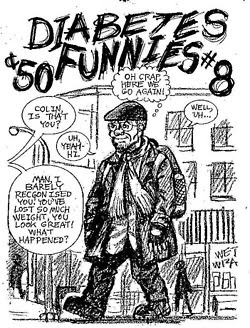 Peter Houston (@Flipping_Pages) asked “Could Pharma Do Tumblr?” in a guest post to PharmExecBlog (here).

“I’m not suggesting that anyone switch their social media budget to Tumblr today on the strength of Yahoo’s involvement,” said Houston. “But it’s worth keeping an eye on what Yahoo does and how the Tumblr audience responds. If they get the content marketing part of the play right and the user base keeps active, Tumblr might just make it into your social media marketing plan.”

My question replaces “could” with “should,” which is probably what Houston meant to say — it just got lost in translation from UK English to US English 🙂

Of course, pharma “could” do Tumblr, but as Houston himself points out, there are many reasons why it “shouldn’t.”

First, the Tumblr demographics are not right for pharma. Tumblr, says Houston, is used “mainly by a 13 to 25 age group attracted by its ‘social looseness’.”

Second, “social looseness” is not an appropriate format for pharma, which cannot even abide comments on its Facebook and YouTube offerings.

Of course, Yahoo!, which now owns Tumblr, may change that and make Tumblr more “stodgy” and more palatable for pharma marketers even though its CEO said “Don’t worry we won’t screw it up.” Yeah, sure. Us (former) New Yorkers have a saying: “If you believe that, I got a bridge in Brooklyn to sell ya.”

Houston says there are “a lot of potential patients” on Tumblr. Sure, when Tumblr teenagers grow up in 20 years most WILL be patients and of pharma marketing age.

Houston suggested taking a look at the #diabeticproblems tag on Tumblr to find some “patients.” I was too lazy to type all that into the Tumblr search engine and just went for #diabetes. The first hit I found intrigued me because it was an edgy series of cartoons by by Colin Upton (colinupton@telus.net), an older Canadian diagnosed with type 2 diabetes. He has a series of R Crumb type comics focused on his daily life since diagnosis entitled “Diabetes Funnies.” Take a look at issue #8 here, the first pane of which is reproduced below:

Colin is obviously an older guy and a good “target” for type 2 drug marketers. I can’t see Novo Nordisk, however, sponsoring “Diabetes Funnies,” which often drops the “f bomb.”

I’ve just opened a Tumblr account and started exploring. Unfortunately, the “pharmaguy” user name was already taken and I  had to sign on as “realpharmaguy.” No problem for me, but maybe pharma companies should open accounts just to claim their corporate names — just in case they think that someday they “could” do Tumblr. Just sayin’