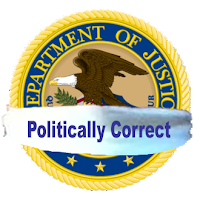 The Supreme Court has ruled that corporations are people protected by the U.S. Constitution and Bill of Rights just like us ordinary folk. That means, for one thing, the government cannot limit the freed of speech of corporations. This issue has been much discussed since last month’s U.S. Court of Appeals 2-to-1 split decision to throw out the conviction of a sales representative for promoting off-label use of a prescription drug (see here).

This decision is already having an impact on speech, but not the speech of drug companies. It could be making the word “off-label” politically incorrect for use by the U.S. Department of Justice (DOJ), whose motto is “who prosecutes on behalf of justice.”

“What will be different in … future off-label cases,” says Erika Kelton in a Forbes article, “is the vocabulary used [by DOJ] in describing the violations. Expect to hear the term “misbranding” being emphasized more than “off-label,” and “intended use” replacing “promotion” in supporting the misbranding charges brought by the government.”

“This shift in vocabulary,” says Kelton, “is already evident in the DOJ’s recent press releases announcing misbranding (née off-label) settlements. Justice chose its words carefully in its post-Caronia announcement of the Amgen settlement on Dec. 19 and navigated around the First Amendment decision. In describing Amgen’s wrongdoing, the government press release [here] explained that ‘it is illegal for drug companies to introduce into the marketplace drugs that the company intends will be used ‘off-label,’ i.e., for uses or at doses not approved by the FDA.’ [my emphasis]

“Compare that to the Justice Department’s pre-Caronia announcement of GlaxoSmithKline’s $3 billion settlement just six months ago. Like Amgen, Glaxo also was charged with criminal misbranding and civil False Claims Act liability. But the Justice Department release described the basis of illegality somewhat differently: ‘Promotion by the manufacturer of other [unapproved] uses – known as ‘off-label uses’ – renders the product ‘misbranded.‘ [my emphasis]”

That’s an interesting observation. However, further down in the DOJ press release is this: “The federal civil settlement agreement encompasses allegations that Amgen: (1) promoted [my emphasis] Aranesp and two other drugs that it manufactured, Enbrel and Neulasta, for “off-label” [my emphasis] uses and doses that were not approved by the FDA and not properly reimbursable by federal health care programs…”

More important than what the DOJ says in press releases is what it says in allegations brought before the court. We’ll have to wait for future cases to see how that wording may change. The new motto of DOJ may also need revision as in “who prosecutes on behalf of political correctness.”

Will a Pharma Company Ever “Host” a Chat on Twitter?