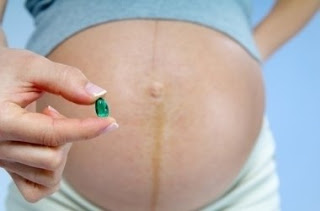 In a Mother’s Day New York Times Op-Ed piece, an Obygn physician and an bioethicist questioned whether the anti-viral drugs Tamiflu and Relenza are effective in easing H1N1 flu in pregnant women because neither of these drugs — indeed, no drug — has been tested for safety and efficacy in pregnant women.

“WHEN diseases like swine flu hit, pregnant women are especially at risk,” said the authors. “And yet we know surprisingly little about how to treat them. In its guidelines for the antiviral drugs Tamiflu and Relenza, the Centers for Disease Control and Prevention says that pregnant women infected or at high risk for infection should take the recommended adult dosage: ‘Pregnancy should not be considered a contraindication’ to taking the drugs, because the benefits of treatment ‘likely outweigh the theoretical risks of antiviral use.'”

Note the use of the term “theoretical risks” in the CDC statement.

The “Who should not take TAMIFLU” section of the drug’s FDA-approved patient information leaflet (PPI) clearly states “Before starting treatment, make sure your healthcare professional knows if you take any other medicines, or are pregnant, planning to become pregnant, or breastfeeding. TAMIFLU is not normally recommended for use during pregnancy or nursing, as the effects on the unborn child or nursing infant are not known.”

Not mentioned in the PPI is the fact that Tamiflu’s efficacy in pregnant women is also “not known” because the drug was not tested in pregnant women, which is the point made by the NYT Op-Ed authors.

These days, drug companies are asking consumers and physicians to weigh the benefits versus the risks of Rx drugs. The newly aired Celebrex TV commercials are a good example of this — the entire ad is about weighing benefits against risks (see “Celebrex Ad: Let’s Dive Deeper“).

Unfortunately, pregnant women and breastfeeding mothers and their physicians simply do not have the data upon which to make an informed decision with regard to anti-viral treatment. And public health agencies are sending mixed messages: FDA says not to take Tamiflu (or Relenza) during pregnancy because the risks are not known, whereas the CDC says it’s OK for pregnant women to take these drugs because the benefits of treatment “likely outweigh the theoretical risks.”

As a result of animal studies, researchers have advised that “Tamiflu should be prescribed to a pregnant woman only if the case justifies the potential benefit of the fetus” (see “Tamiflu And Pregnancy – Can I Take Tamiflu During Pregnancy?“). Nothing about benefit to the woman.

“One pregnant woman in America has already died from the flu,” said the Op-Ed authors. “Although other health problems complicated her illness, her death is a reminder that we need to understand how to medicate mothers-to-be. Research should be done now, while pregnant women are already taking antivirals. Studying blood samples from as few as two dozen women would get us a long way toward determining whether the standard dose is effective.”

I could not determine if the woman who “died from the flu” was treated with Tamiflu or Relenza or neither. It depends upon whether her physicians followed CDC’s or FDA’s recommendations or just their own common sense. Whatever. They had not data to help them decide.