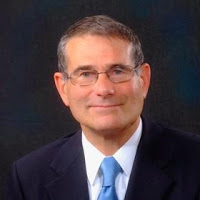 Yesterday, I interviewed Thomas P. Stossel, M.D., visiting scholar at the American Enterprise Institute for Public Policy Research, about his new book, PharmaPhobia, and his call to action against the “Conflict of Interest Movement,” which he claims undermines American medical innovation. You can hear some of his main arguments in the following 5-minute audio snippet from that interview:

You can listen to the full interview here.

Tell us what you REALLY think Dr. Stossel! To me this sounds like every pharmaceutical marketing campaign, especially the part about “emotionally laden human-interest stories” (read, for example, “Online e-Patient & Celebrity Patient Video Testimonials“).

But will Stossel’s new book, which ends with a section on “What is to be done,” turn the tide as he hopes it will?

You can read the book and judge for yourself or save $32.56 ($26.49 for the Kindle Edition) by listening to my podcast. However, I don’t believe Stossel’s treatise is very convincing mostly because he bases his arguments on personal experience, labeling his opponents as “instigators” or worse, and knocking down “straw men.”

Regarding “straw men,” Stossel debunks research that attempts to prove that payments to physicians entices them to prescribe the sponsors’ drugs by citing psychology research involve students estimating the number of beans in a jar. “Who cares about how many beans/coins are in a jar!,” quips Stossel (listen to the audio clip).

But Stossel does not address research such as the study from the Rady School of Management, University of California at San Diego. Researchers there collected data on payments to physicians provided on the Dollars for Docs website, hosted by ProPublica and matched that information to prescription information for each doctor as reported from Medicare (Part D) reimbursements. The data show that the highest paid physicians — i.e.; top 10-20% — significantly increase prescriptions for the sponsors’ drugs and decrease prescriptions for other companies’ drugs. You can find more information about this study here: “Paid Docs Twice as Likely to Prescribe Sponsors’ Drugs – But They Must Be Paid Well!”

Especially weak, however, are the calls to action Stossel mentions in the “What is to be done” section of his book. Most of his ideas have already been tried; i.e., such as recruiting Anti-COI KOLs (“companies should recruit as many of these partners as they can, and they should especially seek out individuals with influence in their professional organizations”) and targeting his message (i.e., his book) to people who “have enough at stake to pay attention to it, deal with the confrontation associated with it, and be willing to participate in advocacy to promote it. The groups to focus on,” says Stossel, “are the many people with diseases or whose families have diseases that they want to have prevented, better managed, or cured.”

Even his suggestion that someone — perhaps at PhRMA — should have “debunking the myth” as his (or her) main job is not a very innovative solution. It seems that 50% of PhRMA’s PR efforts are already devoted to debunking several of the “myths” that plagues the industry. Even pharma CEOs such as Lilly Uber CEO John Lechleiter are doing it (read, for example, “Debunking The Five Big Myths About ‘Big Pharma’” in Forbes). What more can a single full-time person do?

Stossel hopes that his book will be read by read by the general public. But he himself admits “it’s really complicated and even intelligent, well-educated people — even doctors — don’t understand innovation and how wrong” the conflict-of-interest movement is. Also, the book is over 300 pages long, which is beyond modern-day readers’ attention spans.