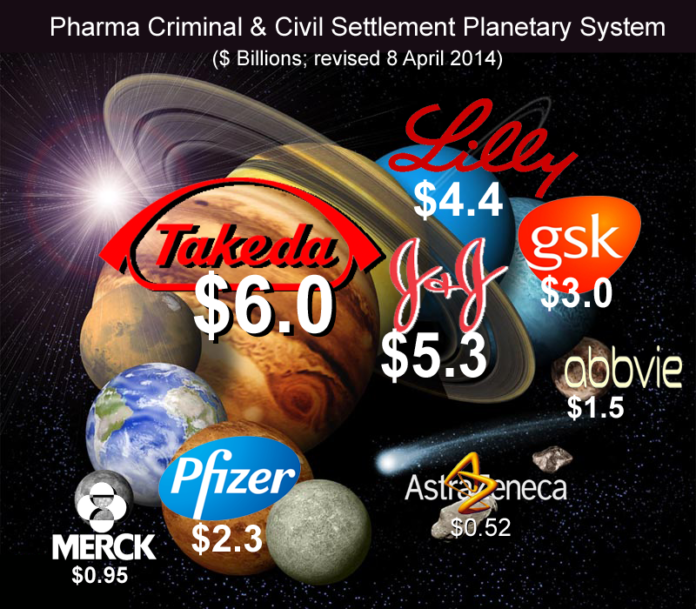 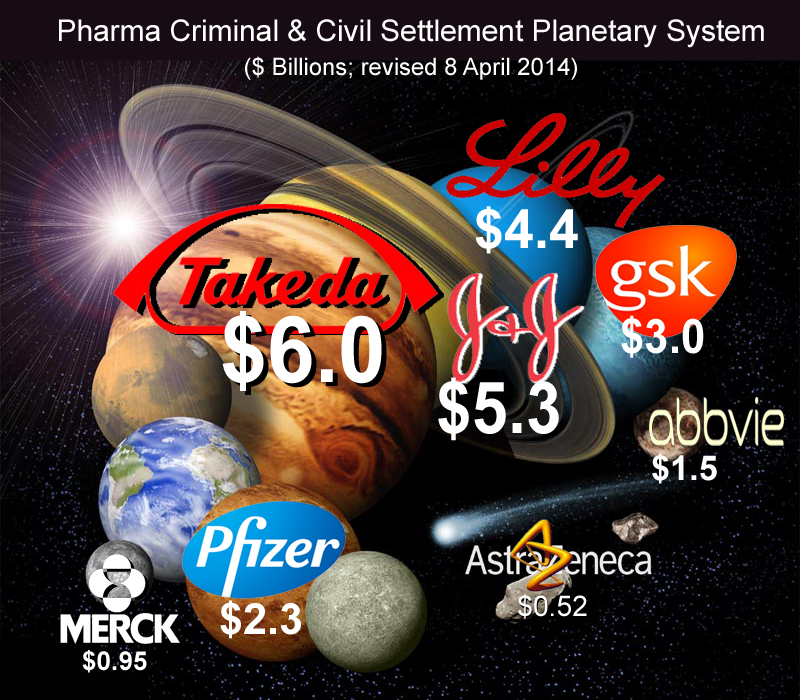 According to an article in the Financial Times, “Takeda has been ordered to pay $6bn in punitive damages for hiding a possible link between a best-selling diabetes drug and bladder cancer in one of the biggest corporate fines by a US jury. Eli Lilly, which marketed the drug in the US until 2006, was ordered to pay $3bn” (read the whole story here).

Although Takeda has vowed to appeal the decision, I have updated my “Pharma Criminal & Civil Settlement Planetary System” diagram to put this decision in context of other fines and jury awards against the drug industry made in the past couple of years.

Takeda said it believes the evidence did not support a finding that Actos caused the plaintiff’s bladder cancer and remained confident in the benefits of Actos as a treatment for type 2 diabetes.

It’s interesting that the FT article mentioned how a “near-blanket ban” on sales of GSK’s top-selling Avandia diabetes drug in 2010 “opened the way for Takeda’s success with Actos,” which is exactly what I highlighted back in July, 2010 (see “Actos Launches DTC Attack on Avandia“).