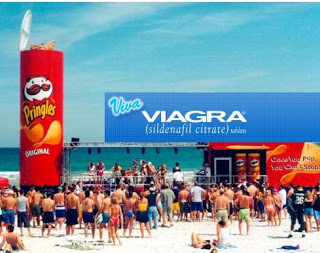 My fellow blogger Jonathan Richman suggested that pharmaceutical marketers should follow the lead of P&G to create banner ads similar to the award-winning Pringles ad that Jonathan’s agency created (see “What Pharma Can Learn from Pringles“).

Jon, Congrats on the Pringle banner ad award! (See and play with the ad here.)

Jon suggests this ad could be a model for pharma:

“Imagine that Pringles was a pharma product for a minute. There’s no fair balance here, but it wouldn’t require it. The brand name is mentioned (if you click a few times), but nowhere does it include the ‘indication:’ potato crisps. I guess this makes this banner a reminder ad then.

“We pharma people love and hate reminder ads. We love them because we can promote the brand without the clutter of fair balance, but we hate them because we can’t get in any key messages. Regardless, pharma spends a lot of money on these. My point? If Pringles were pharma, this ad would be regulatory compliant. Just saying.”

Pharma should not “love” drug reminder ads, at least those pharmaceutical companies that have signed on to PhRMA’s guidelines for DTC (direct-to-consumer) advertising, which banned them on TV (but not, alas, in print or on the Internet). PhRMA says: “DTC television advertising that identifies a product by name should clearly state the health conditions for which the medicine is approved and the major risks associated with the medicine being advertised.” Shouldn’t that be best practice on the Internet as well? After all, DTC advertising is supposed to be educational according to PhrMA.

Guidelines or not, I would say no to this kind of banner ad for branded drugs simply because of my general distaste for drug reminder ads. Reminder ads may be fine for brands as well-recognized as Pringles and Viagra, which have nothing really new to say about themselves. But for a new drug, or a complicated drug, or a drug with a new indication, etc., how can you justify such an ad?

I would remind readers, BTW, that P&G claimed in an UK court that Pringles was NOT a “potato crisp” but a “savory snack.” That’s because it is only 40% potato! Maybe that’s why it has resorted to a reminder ad! Just saying.