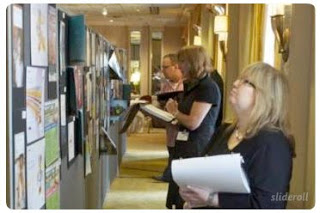 I just received an email from MM&M announcing that the Finalists for its 2010 Awards have been chosen. When I clicked on the link in the email, I was taken to a Web page where a silent video showed the “rigorous judging process” (see screen shot at left).

Looks like a Day at the Museum in which works of dead artists are displayed! Is this any way to judge a person’s accomplishments?

Personally, I think people deserve more than a non-personal perusal of images or screen shots of their work. Of course, the MM&M Awards do not claim to be personal: “The only way to get your hands on an award,” says MM&M “is to impress the judges with the quality of your work.”

I doubt the judges even communicate with the people behind all that paper hanging on the wall.

When the Wright brothers started on their quest to build and fly the first successful motorized flying machine,  their work product would not have won any awards. “The Wright brothers built seven flying machines in their quest for a practical aircraft, each a test bed for untried theories and assumptions. When they guessed wrong, they crashed — and the Wrights crashed each one of their aircraft more than once. However, knowing what doesn’t work points the way to what does. After each failure, they rebuilt and modified their aircraft, incorporating what they had learned in the new design. In less than a decade they taught themselves to fly” (see “Inventing the Airplane“). 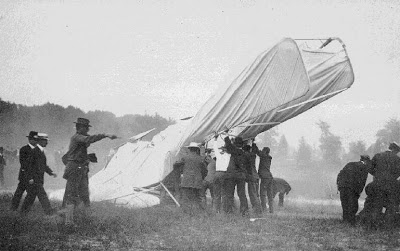 The Wright Brothers story is a good metaphor for building the first successful pharma social media campaign. No pharma social media campaign has yet flown without failure. Rather than look at these failures like the villagers looked at the king with no clothes and say how wonderful it is, I choose to look at the people behind the campaigns and reward the pioneers. That is what the Pharmaguy Social Media Pioneer Award is all about.

My award is PERSONAL because social media is personal. Therefore, I plan to personally “meet” each nominee (find them here) and have each one tell me his or her story. I also plan to collect the opinions of their colleagues and ask them why nominees deserve an award. I’ve already collected many comments.

You can vote for nominees and write-in other candidates using the online form here. Not only your vote, but the comments you add will go a long way towards influencing me, especially if you offer details that back up your choices. Thank you for your help.

Welcome to the CME Laundromat!