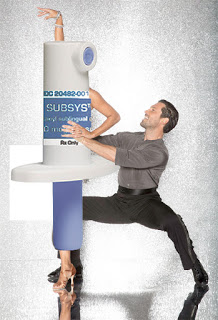 You can’t make this stuff up!

According to Huffington Post, “Pharmaceutical sales representatives selling an opioid-based drug 50 times more powerful than heroin filmed a company-made rap video in which they danced with a giant bottle of their deadly fentanyl spray, a federal grand jury alleged in an indictment unsealed this week (for more about that, read “Founder of Insys Indicted for Bribing Docs to Illegally Prescribe Fentanyl. Lock Him Up!“).

“The grand jury alleged that ‘prominent’ sales reps at Insys Therapeutics Inc. appeared in a 2015 music video that used a song by rapper A$AP Rocky, which was played at the company’s national sales meeting that year…Court documents didn’t say which A$AP Rocky song was used in the video, but the indictment documents strongly suggested it could be the 2012 song “Fuckin’ Problems.”

“Throughout the video, Company employees danced with a life size, 1600 mcg bottle of the Fentanyl Spray, the largest dosage of the drug available for sale in the United States,” the superseding indictment alleged. The video ended with the company’s vice president of sales removing the Fentanyl Spray costume, revealing his identity. The vice president of sales, Alec Burlakoff, was previously indicted back in December.

Is It Time to End Industry Sponsored CME?