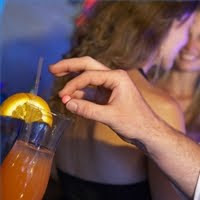 Xyrem — Jazz Pharmaceuticals Inc.’s narcolepsy drug — is safe and effective, said FDA, which is weighing whether to approve the drug for treating fibromyalgia. Xyrem’s active ingredient is Gamma hydroxybutyrate (GHB), a chemical linked to date rape (see “Date Rape Drug May Soon Be Approved for Fibromyalgia!“).

Just what the world needs — another drug to treat Fibromyalgia! Fibromyalgia is “a poorly understood pain condition which is believed to affect three to six million Americans, mostly women,” according to an article in the Wall Street Journal.

There are already several drugs on the market in the US for treating fibromyalgia, including Lilly’s Cymbalta (see “Cymbalta: A Sweet ROI for Chronic Pain Indication“) and Pfizer’s Lyrica (see “Battered Woman Imagery in Pfizer’s New Fibromyalgia Ad“).

It appears that PAIN — even “poorly understood” pain — is the holy grail of indications for a variety of drugs seeking a boost in sales. Not only are we becoming a nation of people suffering more pain than any other, we are allowing dangerous drugs onto the market and NOT adequately policing their illegal use and abuse.

We certainly don’t need GHB (aka Xyrem) promoted heavily on TV as are Cymbalta and Lyrica. It won’t be long before every college kid realizes that there is a new and easier way to obtain the date rape drug. It’s not easy to obtain a drug to treat narcolepsy from a physician. That condition is so rare and confined to a specific group of people that even an unscrupulous physician would not risk prescribing it too freely. But it is easy to prescribe a drug for fibromyalgia, that anyone can complain to suffer from.

Luckily, fibromyalgia is currently thought to affect mostly women and if many college-age men try to get prescriptions, red flags might go up. However, men’s pain is an overlooked marketing target and I predict it won’t be long that you’ll see men in commercials who suffer from fibromyalgia and encouraged to “see their doctors.”

IMHO, the unintended (?) consequence of marketing Xyrem under that scenario is more abuse, more date rape, and more college kids being swept up into our prisons.

Guidelines for Gifts to Patients