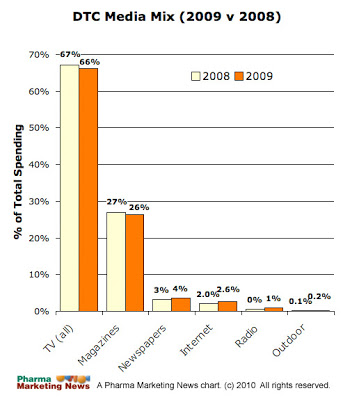 As reported by Nielsen Monitor Plus and reported in the June, 2010, issue of DTC Perspectives, direct-to-consumer (DTC) advertising spend by the pharma industry increased by nearly 2% in 2009 versus 2008 (see trend chart below). 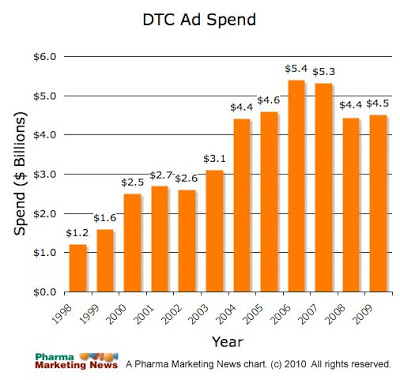 As reported by DTC Perspectives, radio and outdoor “see largest increases in 2009 DTC promotion” (112% and 55%, respectively), whereas Internet spending (display ads only) saw a 31% increase. About 2.6% (a meager $117 MM) of pharma’s DTC ad spend budget in 2009 was devoted to Internet display ads (4.4% if you include search advertising, which is estimated to be about 40% of the total Internet spend). The following chart compares the 2009 mix with the 2008 mix.

Not much of a change.

Palio Ignited a ISIS-style Disruptive – Some Might Say Destructive –...