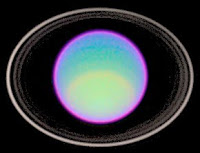 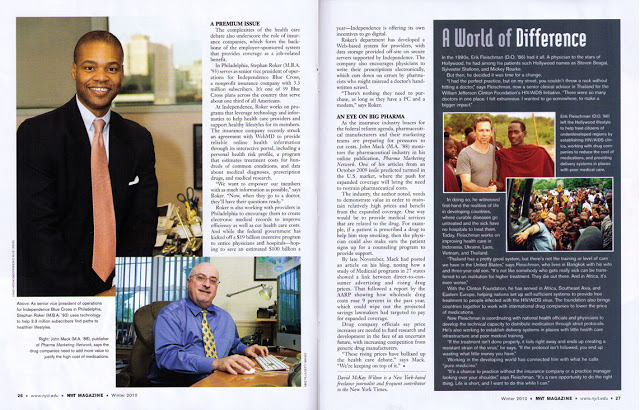 I received an MA degree in Communication Arts from the New York Institute of Technology in 1988. The school’s PR person somehow got wind of what I was doing and convinced me to be interviewed for an article in the school’s alumni magazine. The article just appeared in the Winter 2010 issue (see image above). That’s me on the lower left in my home office dressed in my signature blue shirt and yellow tie (I decided that a Hawaiian shirt would be too casual for the photo shoot).

The article is entitled “In Sickness and In Health: NYIT graduates speak out on the furure of medicine.” I’m honored to be in such distinguished company of people who are making real contributions like Eric Fleischman (D.O. ’86) working for the Clinton Foundation’s HIV/AIDS Initiative in Thailand. My remarks about “rising drug prices” in the US pales by comparison, although I don’t remember saying drug prices have “bollixed up” the health care debate. Oh, well, any PR is good PR.

Computer Graphics and Rings of Uranus
My focus at NYIT was computer graphics and my most memorable moment occurred during a classroom discussion of the utility of computer graphics. The professor asked a question like “What benefits have computer graphics brought us?” I almost immediately blurted out “If it weren’t for computer graphics, we would not have seen the rings of your anus!” Of course, I was referring to the planet “Uranus,” whose name pronunciation has changed since 1988 (probably because of remarks similar to mine from school kids everywhere). Needless to say, after a stunned silence, the class broke into loud laughter. Despite that remark, I went on to ace the class.

This taught me that, despite what my teachers always said, you won’t be seen unless you make yourself heard!