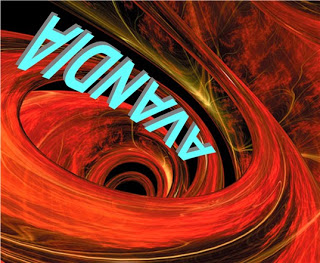 Internal FDA reports — part of a fierce debate within the agency over what to do about GSK’s Avandia — obtained by the New York Times, say that “if every diabetic now taking Avandia were instead given a similar pill named Actos, about 500 heart attacks and 300 cases of heart failure would be averted every month because Avandia can hurt the heart” (see “FDA and GSK: Conflicting Opinions on Avandia Heart Dangers“).

With such damning evidence in hand, why is there “fierce debate” within the FDA? Why doesn’t the FDA take the drug off the market?

According to Cleveland Clinic’s Dr. Stephen Nissen, in an interview with Mike Huckman (@mhuckman) on CNBC’s Sqauwk Box, “the problem is we have a structural problem inside of the FDA. The very people that approved the drug in the first place are the ones being asked to pull it off the market. That means they [would be] admitting to themselves that they made a terrible mistake that cost a lot of lives. So they don’t go there. We need to strengthen the Office of Surveillance and Epidemiology — the safety side of the FDA — and give them the authority to act decisively when these kinds of issues come up because we can’t expect the people who approved the drug to be the ones to pull it off the market.”

Previously, I pointed out the FDA could have limited Avandia’s approved-for-marketing indication to a subset of patients or excluded a subset, such as patients with with Congestive Heart Failure (CHF). In fact, the Avandia label includes data showing that people with CHF can suffer adverse cardio events including heart attacks. To read the data in the label, see my post “Avandia: Enough Blame to Go Around.”

Just as I predicted, GSK seems resolute in its fight to defend Avandia and keep it ON the market (see “GSK May “Step Into the [DTC] Void” to Defend Avandia“). In his interview today, Nissen remarked on one of the tactics GSK used to neutralize his review of Avandia’s safety problems:

Huckman: One of the things the Senate report concludes is that Glaxo bullied or intimidated doctors like yourself who tried to sound the alarm on Avandia risks. Are you one of them? And if so, what did the company do to you?

Nissen: I’m not easily intimidated. They did come to the Cleveland Clinic without telling me they had stolen a copy of my manuscript and tried convince me I was wrong…

Huckman (interrupting): Now wait a second. I don’t know if they “stole” a copy of your manuscript. According to the Senate investigation it was “leaked” to them by one of the peer reviewers for the New England Journal of Medicine who later claimed he “wasn’t feeling well and didn’t know what he was doing.”

Me (to myself): Ha, ha! I wonder if the “leaker” was a physician on GSK’s extensive payroll? (See “Pharma Begins to Reveal Payments to Physicians“)

Nissen: Mike, by any stretch of the imagination, if you have stolen papers, it’s theft. They could have easily not accepted that material. Not only did they accept the material, but they disseminated it throughout the company. Fifty executives saw it. They analyzed the manuscript, came to the conclusion that it was scientifically correct, and then planned a PR campaign to discredit it.

This hardly seems like the actions of a company that puts patients first, which is what Dr. Nissen urged the company to do at the start of his interview: “This is about asking Glax to put patients first.”

Nalts Talks About His Days at J&J, His ADHD, and His...