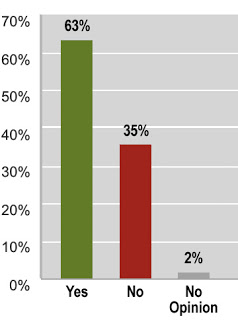 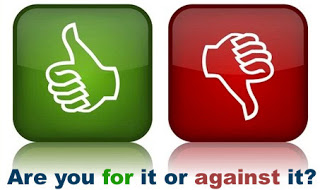 The Consumer Reports survey was done by random-digit dialing so that the 1,011 survey respondents are “demographically and geographically representative of the U.S. population.”

Thus, an important difference between these surveys is the first is patient & patient advocate specific whereas the second is generally consumer specific.

Let’s compare the results of these two surveys.

The PMN/Invibe survey starts by defining the issue:

“The Food and Drug Administration (FDA), which regulates direct-to-consumer ads, is considering allowing drug companies to promote ‘off-label’ uses of drugs to consumers. Off-label use is the use of pharmaceutical drugs for an unapproved indication or in an unapproved age group, dosage, or route of administration — such uses may be supported by scientific evidence but not officially approved by the FDA.”

It then asks one simple question with a followup request for personal comments:

Question 1: Do you think the FDA should allow off-label promotion of drugs to consumers by drug companies as long as the promotions (magazine and TV ads) provide truthful information based on current science? Enter 1 for “Yes” , Enter 2 for “No” or Enter 3 for “No opinion.”

The chart on the right shows the results.

Comment: Please take a minute to tell us about why you made the selection you did in the previous question.

IMHO, comments from 51 patients and patient advocates with chronic medical conditions carry a lot of weight, more so than a simple poll or survey, which as we know, often cannot predict the true sentiment of the general population.

A few comments in favor:

A few comments against:

“Would you take a doctor prescribed medication that has been approved by the FDA, but not for your specific condition?”

It should be noted that 41% of these respondents have not been prescribed a medication in the past two years! That tells me that many respondents to this survey do NOT have chronic medical conditions.

The CR survey also asks about off-label promotion of drugs by pharma:

“Should the FDA allow pharmaceutical companies to advertise a medication for a condition for which it has NOT been approved?”

Too bad CR did not qualify under what conditions FDA might approve such ads; e.g., if the ad provides “truthful information based on current science.” But that leads to the issue of what is “truthful,” which came up again and again at the hearing. For more on that, read “What is ‘Truthful and Non-misleading?” That is the Question FDA Must Answer to Allow Off-Label Communications by Pharma.”

P.S. Dr. Peter also talked about a survey of physicians regarding their opinions of off-label promotion to consumers and physicians. Listen to this 3.5-minute audio snippet that was taken from her testimony:

Viagra or Addyi: Which Sexy TV Ad Will Reign Supreme with...