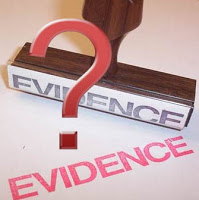 FDA’s BadAd Program is “BadAss” Lately! What a difference a couple of weeks makes!

On April 25 I posted this: “FDA’s Bad Ad Program is ‘Phoniest Thing Ever!’,” which documented that after one year, the FDA’s BadAd program only resulted in one warning letter.

In the last few of days, however, the FDA has issued TWO warning letters that resulted from complaints received via the BadAd program. One (here) was dated 4/28/2011 and sent to Forest Laboratories, Inc. In that letter the FDA cited a sales representative’s statements as false or misleading because they promoted “unapproved uses for Savella, [made] unsubstantiated superiority and mechanism of action claims about the drug, and [minimized] the serious risks associated with Savella.”

The other letter, dated 5/5/2011, was sent to Warner Chilcott (US) because of a video that a sales rep posted on YouTube, which was a pretty stupid thing to do. You can read about that on Phamalot.

Why the sudden increase in BadAd-inspired warning letters? Could it be that the FDA’s recent webinar was effective in getting physicians to rat out pharma sales reps?

Even if the webinar was successful in generating more complaints, the FDA does not work THAT fast. In fact, the first letter I mentioned resulted from a compliant the FDA received ABOUT 8 MONTHS AGO on September 10, 2010!

Not only that, but the complaint was about ORAL statements made by a Forest sales representative on May 12, 2010, which is nearly a year ago! “On Wednesday, May 12, 2010, at approximately 1:15 p.m., a sales representative from Forest made an unsolicited sales call to a physician at his office,” said FDA in the letter. Sounds like charges made by a prosecutor at a criminal trial!

Playing the role of defense lawyer, let me point out problems I have with the timeline.

Suppose the physician RECORDED the conversation with the rep? If he/she did that, then the motive must have been to make a complaint to the FDA. But why sit on it for 4 months? WE SHOULD INVESTIGATE THIS PHYSICIAN’S MOTIVES. Maybe we can discredit him/her on the stand.

But wait, there’s no trial. And there’s no credible evidence such as violative detail aids, brochures, etc., which the FDA usually refers to in warning letters regarding sales rep misconduct.

No wonder the FDA is not being very transparent about its BadAd program. We can get some interesting information just by reading the letters. Imagine what we can learn if more details about complaints were released.