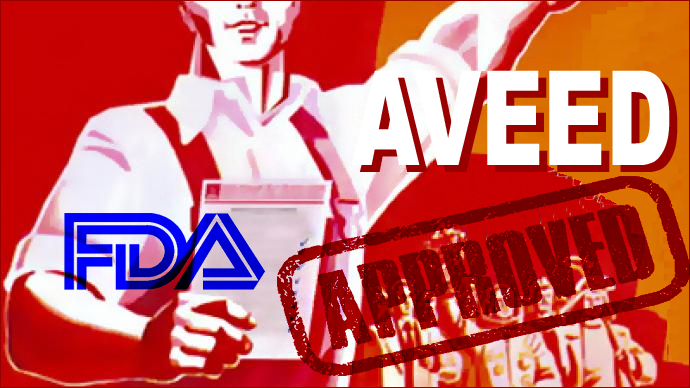 The approval “will likely greatly expand the use of testosterone, now found to increase the risk of heart attacks and other cardiovascular diseases,” wrote Sidney Wolfe, founder of Public Citizen’s Health Research Group (see “Letter to the FDA Protesting Aveed“).

“Public Citizen also raised the prospect that FDA’s approval of the drug, based in part on the findings of its advisory committee, might have reached a different conclusion had the advisory committee known about the potential cardiovascular risks associated with the drug.”

“It is likely, if not certain, that the vote against safety would have been even greater had there been a presentation and discussion of the cardiovascular risks known at that time,” Wolfe wrote.

You know what this reminds me of?

It’s like Putin stacking the deck in the upcoming Crimean “referendum.” Here’s how a Soviet-era propagandist might depict the FDA Aveed advisory committee vote: