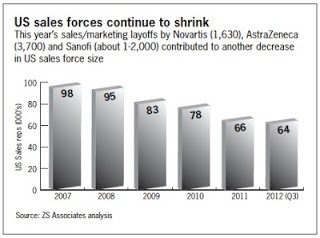 Remember Marcia Angell, former editor in chief of the New England Journal of Medicine? She wrote the book “The Truth About the Drug Companies: How They Deceive Us and What to do About It,” which I reviewed back in 2004 here in Pharma Marketing News

Angell was recently quoted in a Scientific American article where she estimated the worth of one good “Key Opinion leader” (KOL) as equal to 100,000 pharma sales reps: “To buy a distinguished, senior academic researcher, the kind of person who speaks at meetings, who writes textbooks, who writes journal articles — that’s worth 100,000 salespeople,” said Angell. The article is titled “How Drug Company Money Is Undermining Science” (find it here).

Obviously, Angell is just pulling a number out of nowhere for its sensational value. But it would be interesting to calculate the return on investment (ROI) for a KOL and compare it with the ROI for a sales rep. Just for fun, let’s do the math.

First let’s calculate the investment side of the ROI analysis. 100,000 sales reps, which is somewhat greater than the current total complement of reps in the U.S. (see “further thoughts” at end), would cost the pharma industry about $10 billion in salary & benefits alone (not counting travel & entertainment expenses). Actually, I’ve seen estimates that the total investment in sales reps, including all expenses, is about $17 million per year. Let’s use that number.

Let’s say that sales reps are responsible for 75% of drug sales in the U.S. I use that percentage because most reps sell the top 20 or so drugs and direct-to-consumer advertising must account for some sales. I’ve seen estimates of yearly Rx drug sales in the U.S. of about $320 billion (2011). Using my 75% estimate, $240 billion of that is due to a salesforce that cost $17 billion per year. The ROI is 225/17 or about 14:1.

Robert Lindsay, a physician/researcher who is the kind of “distinguished, senior academic researcher” Angell is talking about and who is featured in the Sci Amer article, was said to receive more than $124,000 from Eli Lilly in 2009 and 2010; much of it for speaking fees. So, let’s say that the average high calibre KOL might get  $100,000 per year from a pharmaceutical company.

My conclusion? If my estimates are correct or close to reality, then one KOL might be worth maybe ONE or LESS sales rep in terms of drug sales. What do you think?

Further Thoughts
According to ZS Associates, the current U.S. pharma sales force total stands at 64,000 (see chart). So, I really should redo the math to get a more accurate estimate of the worth of a sales rep.

By some estimates, it costs the pharma industry $150,000 per year per sales rep. This includes travel and other expenses. Using that number, the ROI for a sales rep today (2012) is about 23:1!

Ergo, one KOL is worth much less than one sales rep. Caveat: Without the KOLs to legitimize claims made by sales reps, the sales rep ROI might be much less than it is, whatever the exact number may be.