For the first time that I can remember, the pharmaceutical industry is spending more of its DTC advertising budget on Internet display ads (excluding search) than on newspapers (see chart below; source is TNS Media Intelligence). [We’re only talking about Q1 data, 2009 v. 2008.] 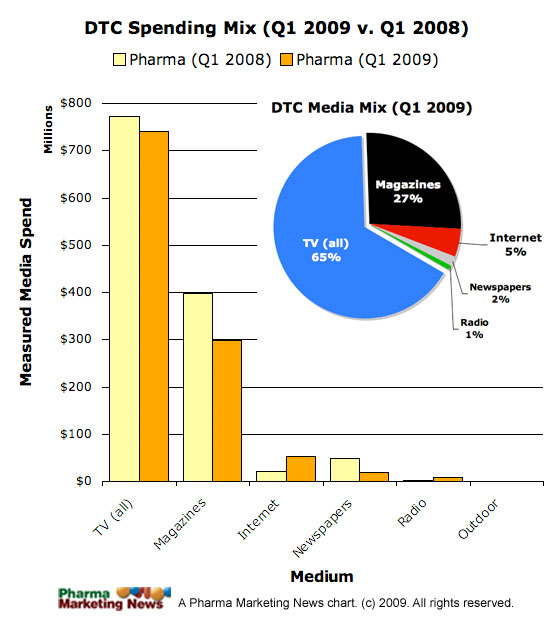 Don’t Laugh! You Too Might Have Pseudobulbar Affect (PBA)