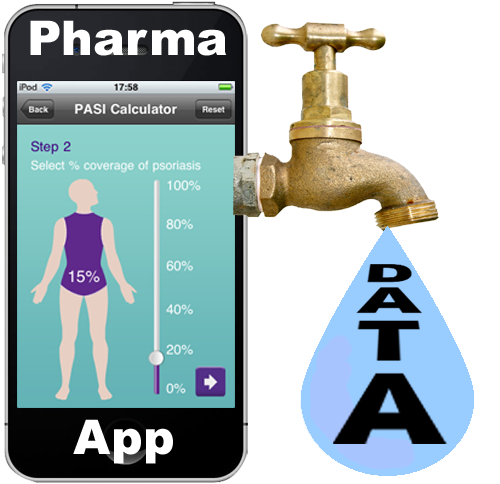 I read with interest this morning a ProPublica/NY Times/Guardion story about how spy agencies – e.g., the National Security Agency – take advantage of “leaky” mobile apps to collect a range of data about users (see “Spy Agencies Probe Angry Birds and Other Apps for Personal Data“).

According to ProPublica, the N.S.A. and Britain’s Government Communications Headquarters “have traded recipes for grabbing location and planning data when a target uses Google Maps, and for vacuuming up address books, buddy lists, phone logs and the geographic data embedded in photos when someone sends a post to the mobile versions of Facebook, Flickr, LinkedIn, Twitter and other services.”

“Some personal data, developed in profiles by advertising companies, could be particularly sensitive,” says ProPublica “A secret 2012 British intelligence document says that spies can scrub smartphone apps that contain details like a user’s ‘political alignment’ and sexual orientation.”

Which leads me to wonder: What kinds of data can “leak” from Pharma mobile apps and who besides spies are likely to “scrub” pharma apps for these data?

First, you don’t need an Edward Snowden to realize that pharma apps like the PASI calculator (pictured above) may be susceptible to “scrubbing” and may “leak” personal medical data. I have written about this before (see “Checking Under the Hood of Pharma Mobile Apps” and “Is This the Typical Mobile Health App Developer Hired by Pharma?“).

If spies can scrub smartphone apps, so can agents of the pharmaceutical industry who are actively “listening” in on social media and collecting reams of “big data.” That is, the technology is available to anyone with the budget and the will to “mine” smartphone data.

Why would pharma marketers do this?

As is often the case, when it is possible to do something, it is likely that somebody will do it (see “Not everything which is technically doable should be done“). In that post, I suggested that marketers may be interested in mining outcomes data:

“Much less is known about the data that pharma companies collect about consumers and patients. What scares me is that pharma is interested in accessing patient EMRs ostensibly in order to measure outcomes. We can argue how ‘outcomes’ are defined, but once pharma has patient-level data, it can measure other things such as prescription fulfillment. And although the people I spoke with say that only ‘de-identified’ patient data will be available to them, it is possible to identify people through analysis of multiple sources of data that pharma may have access to.”

It is a fact that pharma companies are creating apps that only are available to users with a prescription (see “‘Pfizer Meds for iPhone’: A Useful Mobile App, Except for One Problem…“). Users must enter a code that proves they have a prescription (e.g., scan a bar code on the Rx package). Thus, pharma is NOT just collecting “de-identified” data — or, at least — they have the ability to collect a great deal of personal identifiable data and mash it with the data “leaking” from your smartphone or iPad.

We are definitely entering the Brave New World of Pharma Big Data.

Type 2 Diabetes in Obese Children Proves Difficult to Treat with...