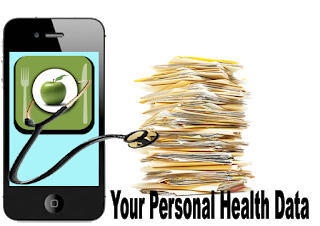 That is a quote from German chancellor, Angela Merkel, published in a NY Times story about NSA’s spying on Ms Merkel’s cell phone calls (see “Anger Growing Among Allies on U.S. Spying“). I think this is good advice for the pharmaceutical industry, which is currently monitoring social media conversations, smartphone keystrokes, physical location, and electronic medical records (EMRs) of patients and perhaps even physicians without their permission or knowledge.

The pharmaceutical industry may not be emulating NSA by tapping directly into phone calls, but it has the capability to monitor and record ALL keystrokes from apps installed on smartphones. Janssen, for example, discloses in the disclaimer of its Psoriasis/PASI physician app that certain data are being collected (read “Checking Under the Hood of Pharma Mobile Apps: Disclaimers Tell Only Part of the Story“). Your physical location can also be tracked via your smartphone (read “Is Your Smartphone Tracking Your Keystrokes, Texts and Location?“)

Janssen’s app and many others, however, do not include privacy policies that disclose details of what information is collected via apps. California recently brought a lawsuit again Delta Airlines claiming its reservation app violated state privacy laws. Apparently, “even as privacy policies on websites have become commonplace, many of the most-downloaded mobile apps don’t have them” (read “Many Smartphone Apps Lack Privacy Policies“).

“Big Data” is the term most frequently associated with these snooping activities and it’s a hot topic at industry conferences such as the two that I attended: Digital Pharma East and PharmaForce. At the latter conference, I moderated the panel discussion titled “Increase Customer Engagement By Achieving The Ideal Multi-Channel Marketing Mix” and sat in at a round table discussion about monitoring sales rep activity via iPads.

Both were a bit eye-opening in terms of the data that pharmaceutical companies are currently collecting and what data they hope to collect in the near future.

Eric Pluckhorn (@Eric_Pluckhorn), Director of Marketing at Actavis, presented “The iPad—3 Years Later, Where Are We And What’s Next?” Although the iPad has been credited with opening physicians’ doors to sales reps, there is no evidence that it increases the number of physicians a sales rep sees or made lazy sales reps more effective “storytellers.”

Pluckhorn admitted two things: (1) “We have More data than we know what to do with” and (2) the main advantage of the iPad is that it enables “effective storytelling” (i.e., message delivery) primarily because marketers can evaluate each rep’s performance (via keystrokes and other data captured from the iPad) and adjust the course as needed. His case study showed, however, that the best performing reps focused on the messages of most interest to physicians whereas the worst performing reps were just to lazy and stuck to the simpler messages that were of less interest to physicians.

Companies are also tracking the physical location of sales reps, which does not sit well with many reps — most probably the “slackers.” Here are some comments regarding this from Cafe Pharma message boards:

“Want to see something really scary? Google ‘air watch screen shot’ They can pull up a map with your travel on it, complete with SPEEDS during travel, times spent at each stop, etc etc. it is wild. God help us all.”

“sigh. airwatch on the ipad? what next??? the dingbats at home office who once spent some time in the field should know that ‘tracking’ people is so bogus. there is some down time between appts. no one can possibly sell 100% of the time each and every single day. BTW, there is lots of down time with home office and product managers and the like. Are they working non-stop? NO. Someone put an airwatch on their computer and let’s track the baloney they spend time on! and let’s make sure that lunch isn’t longer than it should be. ban birthday cake. the list is endless.

or better yet – put a blocker up that blocks text messaging on their cell phone and watch them go nuts! maybe they will have time to get some decent strategy out to the field. those bums don’t bring in a dime of revenue.”

All this snooping is part of a trend of tracking the performance of employees via technology. During my multichannel marketing panel discussion, I was amazed at the data tracking capabilities being discussed. Most marketing channels — even direct mail — use technology to capture tons of data. The challenge for pharma is making sense of all this data. This requires technical expertise way beyond that possessed by the typical marketing manager who depends on the “geeks” in “centers of excellence.” It’s all about the numbers; i.e., Big Data.

Much less is known about the data that pharma companies collect about consumers and patients. What scares me is that pharma is interested in accessing patient EMRs ostensibly in order to measure “outcomes.” We can argue how “outcomes” are defined, but once pharma has patient-level data, it can measure other things such as prescription fulfillment. And although the people I spoke with say that only “de-identified” patient data will be available to them, it is possible to identify people through analysis of multiple sources of data that pharma may have access to.

For example, there was talk about a patient support program that required applicants to provide the names of their physicians. That and other information collected by the support program plus access to the physicians’ EMRs might just be enough to link a particular health record with an identifiable patient.

This is how analysis of “Big Data” will eventually lead to a complete loss of health privacy – if it hasn’t already been lost.

Lily-White Lilly. Homophobic and Sexist Too?