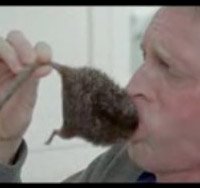 After Years of Telling Consumers Not to Trust the Internet, Pfizer Discovers that It Cannot Convince Patients to Participate in Internet-based Clinical Trials. Duh!

As reported on Pharmalot (here): “Last year, Pfizer announced plans to run the first clinical trial to allow patients to participate from home by using computers and smartphones instead of going to a clinic or doctor’s office. The idea was to create a model for saving money that will rely on personal technology to more easily recruit patients and monitor their progress. Known as a ‘clinical trial in a box,’ the study is testing the Detrol overactive bladder drug in 10 states and gained an FDA blessing. However, Pfizer ran into some snags winning over patients.”

Craig Lipset, Head of Clinical Innovation at Pfizer, explained it this way: “I think some of the staunch advocates for using online and social media for recruitment are still reticent to claim silver bullet status and not use conventional channels in parallel. In terms of health literacy, the patient population is largely unaware of clinical trials and participation. You’re going in at a level where there’s still a lot of basic learning needed for individuals to make informed decisions about whether to participate. And doing that without an interaction with a healthcare provider is a challenge.”

I wouldn’t say there’s a lack of “health literacy” regarding decisions to participate, but more lack of credible information and TRUST, which is what Lipset is talking about in the last two sentences quoted above.

As Lipset admits later on in the interview with Pharmalot:

“In a world where we’ve been telling people not to trust (web) sites online and then to ask them to do everything online is still a challenge. A very important takeaway is that online is great, but make sure these folks know they’re not alone and have a sense of contact that they need… The twist here was to go from awareness to randomized participant entirely online, and this is where ensuring some human contact as well as an optimized online process have proven extremely important.”

Is this a case of the “dead rat” coming home to roost? See “Was a Rat Harmed in the Filming of This Pfizer Commercial?“