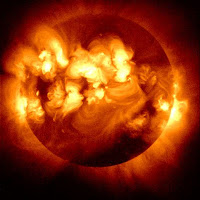 PharmaHotSpot is an online public network designed to “stimulate discussions and allow the community to weigh in on important topics and trends in the digital healthcare space.” It was recently launched by Ignite Health (read the press release here and visit the PharmaHotSpot here).

Ignite Health actually commissioned me to write and video my side of the “debate” regarding three topics.

The first topic asks the question, “Should Pharma implement branded marketing efforts on Pinterest?” I have written about this before (read, for example, “Should Pharma Ponder Pinterest? Novo Nordisk Is!” and “What’s Your Infographics Strategy?” – use discount code ‘pgpin4″ to get it free).

My focus was a bit narrow on branded pins. My main point was that pharma companies should not use Pinterest for branded ads because it will not drive traffic to their websites, and there is a lack of ability and resources for moderating comments, especially from disgruntled patients.

My “adversary” Ross Fetterolf, SVP Digital Strategy, Ignite Health, has some good ideas, most of which are not branded. So I don’t disagree with him and there really is no debate.

Fetterolf suggested that pharma companies should also be using Pinterest as a visual library to discourage counterfeit drugs. That too sounds like a good idea, but Pfizer once showed a counterfeit VIAGRA pill that looked even better than the real thing (it turns out that the real pill has soft edges on the embossed logo because the die was worn out stamping millions — or even billions — of pills, whereas the fake pills’ embossed logos had sharp edges because the die stamped relatively few pills and was still sharp). Can you tell the fake from the real in the following photo: 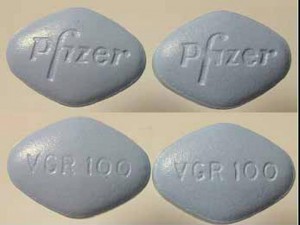 Pfizer’s point is that it is often impossible to tell a fake from an authentic pill by looks alone — more important is the source of the pill.

You can weigh in on the debate and submit comments as well as vote on the question: Should Pharma companies be using Pinterest as a library for resources such as videos, brochures, and Web properties for people to reference and share through social bookmarking? My vote on that is YES, as long as it’s all non-branded.

P.S. Let me know what you think of my video clip, which was shot outside on my deck during a heat wave this summer! Talk about Hotspots!

The BEST of Pharma Marketing Blog in 2005