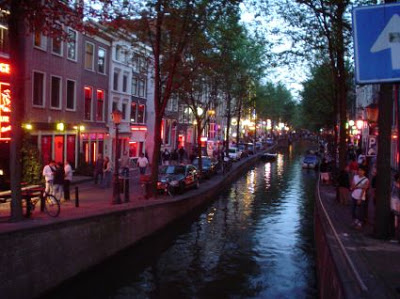 This October I will be in Amsterdam enjoying the sights and pleasures that city has to offer. But I am not planning to buy sex or to smoke pharmaceutical substances. I do plan, however, to attend and make a presentation at the Selling Sickness conference hosted by Healthy Skepticism (Netherlands), assisted by the Dutch Institute for Rational Use of Medicine and Healthy Skepticism (International). The sponsors include the Dutch Ministry of Health and the Dutch Health Care Inspectorate. You can find the program here.

I look forward to this conference because “Female sexual dysfunction will be used as a case study to explore problems with disease promotion as well as policy options.” Ray Moynihan, journalist, co-author of the book “Selling Sickness: How The World’s Biggest Pharmaceutical Companies Are Turning Us All Into Patients” and author of “Sex, Lies & Pharmaceuticals,” is a featured speaker.

In preparation for the conference, I am following closely the news about flibanserin, a new drug developed by the German pharma company Boehringer Ingelheim (BI) for “hypoactive sexual desire disorder” (HSDD) in pre-menopausal women. Today, an FDA advisory committee will meet to review this drug’s application for marketing approval. BI must answer the question FDA always asks: is the drug safe and effective. The FDA’s own review, out yesterday, says the overall response rate in clinical trials isn’t “particularly compelling,” reports the WSJ Health Blog.

Perhaps an even more interesting question is whether or not hypoactive sexual desire disorder is a real medical condition. FDA does not consider that question when approving drugs. Whatever compound comes their way for which a drug company has clinical data, FDA’s only duty is to consider if it is safe and effective for whatever “condition” it is designed to treat. A drug company is free to invent a medical condition and FDA can’t say a word about that.

One case where there is “smoking gun” evidence of a medical condition being invented by a pharma company is “overactive bladder,” another condition affecting mostly women. “Pharmacia instrumental in creating new disease,” said a marketing VP in the notes to his PowerPoint presentation made at an industry conference in October, 2002 (see Overactive Bladder: “Pharmacia instrumental in creating new disease” says Former VP).

My fellow blogger, Rich Myer, reviewed all the PR that BI is doing to create awareness of hypoactive sexual desire disorder: “In the last month, Boehringer has been trying to lay the consumer groundwork with a promotional campaign about women’s low libido, including a Web site, a Twitter feed, a Discovery Channel documentary and a publicity tour by Lisa Rinna, a soap opera star and former Playboy model, who describes herself as someone who has suffered from a disorder that Boehringer refers to as a form of ‘female sexual dysfunction.'” In his post Rich quotes Dr. Adriane Fugh-Berman, an associate professor at Georgetown University’s medical school: “This is really a classic case of disease branding,” said Fugh-Berman. “The messages are aimed at medicalizing normal conditions, and also preying on the insecurity of both the clinician and the patient.”

Oh, Oh, Rich! You are not in command of the facts. You should have read BI’s “Key Facts on HSDD and Flibanserin“. One fact cited is this: “HSDD is a medical condition – not simply ‘low libido.'”

Anyway, this is sure to be a BIG topic for discussion at the Selling Sickness conference in Amsterdam. I wonder if people from BI will be there or invited to speak? Hope so.