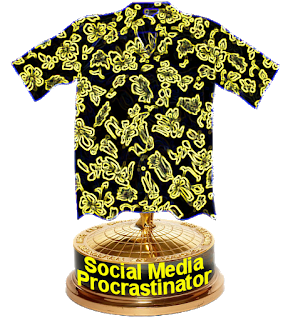 Today is the third anniversary of the first day of the 2-day November 2009, FDA public hearing on the Promotion of Food and Drug Administration-Regulated Medical Products Using the Internet and Social Media Tools (see here, here, and here).

Shortly after that hearing, some FDA staffers lead us to believe that FDA would come out with social media regulatory guidance for the pharma industry by the end of 2010 (see here). That never happened.

Meanwhile, to add insult to injury, Tom Abrams, head of FDA’s DDMAC (now OPDP), keeps showing up at industry meetings where industry leaders were expecting him to announce progress towards issuing draft guidance. At one such meeting in February, 2011, Abrams spent a scant 4 minutes discussing social media guidance (read this). At that meeting, he said FDA would NOT “do guidance on specific technology platforms such as YouTube, Facebook, or Twitter. Those things are really big now, but you know what, two years from now who knows what the next thing [will be]?” Well, guess what? It’s almost two years later and YouTube, Facebook, and Twitter are still BIG, if not BIGGER and nothing has come along that’s bigger. [BTW, Abrams also pooh-poohed Groupon, which now seems prophetic! And Google eliminated sidewiki, which was a big concern at the 2009 public hearing (read this).]

In recognition of the role Abrams has played in all this procrastination regarding social media guidance from FDA, I hereby present to Abrams the first ever Pharmaguy Social Media Procrastination AwardTM.

This award, as you may notice, is the antithesis to the famous Pharmaguy Social Media Pioneer Award, which was recently given to the sanofi US diabetes team (see here).

Abrams continues to show up at industry meetings promising that social media guidance is a high priority at FDA and it will be coming soon — perhaps as “soon” as July, 2014 (see here). Yet, we’ve heard it all before. That’s why I think it is fitting that Abrams receive the the “Procrastinator Award.”

If Abrams lives up to his latest promise — which is doubtful, IMHO — it would have taken the FDA only 4 years and 8 months to issue draft social media guidance. In terms of Internet/social media timeframes — in which 2 years can bring BIG changes — this is procrastination on an epic scale. But in terms of FDA guidance timeframes, 4 years and 8 months is par for the course (see, for example, “A Cautionary Tale for Anyone Expecting FDA Social Media Guidelines Any Time Soon“).

Social Media Uncovers Need for “BALLm” – Rebranding of Vagisil for...