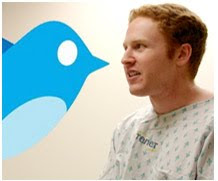 I am getting comments from several readers about my idea for pharmaceutical companies to use Twitter to notify patients about drug recalls, counterfeit drugs, or drug safety warnings (see “Twitter and Drug Safety: A Paramount Concern“). One of my Twitter colleagues commented:

“John read ur great patient ed/Twitter wrap-up. But since tweets appear on feeds w/o all the warnings, don’t u think that’s a violation?”

To which I responded with a quote from George Bernard Shaw: “Some men see things as they are and say why – I dream things that never were and say why not.”

I’ve often been the first to bring pharma marketers to task when they push the envelope with regard to obeying regulations, especially when others are playing by the rules. But that doesn’t mean I believe the rules are immutable.

For example, if a communications channel exists that clearly is very useful for getting critical information to patients, then the FDA rules may need to be changed so that the risks match the benefits of pharmacos using that channel for certain purposes. Twitter may be such a channel as I argued in my previous post.

This is also precisely the argument that some people have used against FDA’s recent warning letters regarding branded search engine ads (see here); ie, the benefits of searchers finding FDA-approved information via Adwords offsets any risks because the ad does not include the fair balance information.

In the case of Adwords, however, I personally don’t agree that the benefits outweigh the risks because the message is purely promotional and not educational or supportive of current patients. That is, the Adword is specifically designed to acquire new patients for the advertised drug, not to support patients already on the drug.

I would support new FDA guidelines for use of Twitter that would relax FDA fair balance regulations to allow pharma companies to use Twitter to send certain notifications to patients — such as drug safety notices. What I am dreaming about is a Tweet that mentions a brand name drug while warning about some safety issue with a link to more information about that safety issue.

Note: Several people commented that Twitter does not have the reach among consumers to be used for DTC communications. That’s not relevant to my idea, which is focused on CURRENT patients who are taking the Rx drug in question. These patients can be RECRUITED to follow the brand’s Tweets on the drug.com site or via direct mail. Of course, patients can also sign up for email notices, but Tweets are much more viral — current patients and their followers can retweet messages and help spread the word.

Would pharma companies do this even if FDA allowed it? As I said before, if patient safety comes first, then they should do it — that’s my dream and I’m sticking to it!

With “what could be” in mind, please take the following survey on how effective Twitter can be in carrying out patient support activities/communications:

What’s Your Opinion About Branded Patient Support via Twitter?