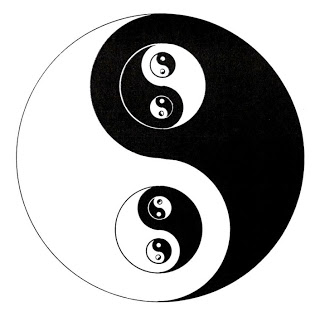 It’s Friday and you know what that means! The John v. Bob show, where I respond to Bob Ehrlich’s weekly DTC Perspective’s blog post. When I started doing this, I thought it would be a win-win scenario: I’d mention Bob’s blog and he’d mention mine. We would both gain interested readers from each others loyal following.

Lately, however, it’s all been one-way: Bob has not mentioned Pharma Marketing Blog at all in his posts, let alone linking to my blog. I continue to mention his blog, but have dropped the link — you can find that over on my other blog that tracks pharma-related blogs (Pharma Blogosphere).

Today Bob takes on — and mentions frequently — Jim Edwards, the author of BNET Pharma, in his post entitled “The DTC Myth?” It’s all about an Ad Age story about sleep aid drug sales rising despite a drop in DTC ad spending in that category. Edwards claimed that “this data strongly suggests that patient demand is most sharply triggered by drug efficacy, not by pretty pictures flickering in a fluorescent tube.”

Bob takes exception to that conclusion. Turns out I agree with Bob and refuted Jim Edwards last week in my post “Economy Down, Insomnia & Depression Up. Result: Less Ads Needed to Sell More Drugs?” in which I said: “I don’t believe these numbers can be interpreted to mean that DTC advertising does not lead to increased sales of brand name drugs.” More importantly, I also questioned the “data” that AdAge cited and concluded that not much decrease in DTC spending occurred at all.

But that’s not what I really want to talk about.

I want to discuss what Bob means when he says “I am sure the anti-DTC bloggers will try to make the sleep aid story a big deal but DTC will be evaluated objectively at big pharma.” Specifically, I want to know who Bob is talking about when he says “anti-DTC” blogger, which he often does.

Being paranoid and an “it’s-all-about-me” kind of guy, I immediately think Bob is talking about me. But he could also be talking about the Wall Street Journal Health Blog or BNET Pharma (Jim Edward’s blog).

It’s too bad we have to sully the discussion of issues with labels like “pro” and “anti.” At times, I am as guilty as the next person, putting people into categories. For example, I categorize some blogs as being “anti” industry or “pro” industry and have even surveyed blog readers to see who THEY think are biased for or against the drug industry (see this summary of the first Pharma Blogosphere Survey).

Am I an “anti-DTC blogger?” You can vote below, but first let me say this: First of all, I did not use the AdAge article to rant against DTC and did not make a “big deal” out of it.

If anything, I am anti broadcast DTC advertising because it soaks up too much of the DTC marketing budget, wastes money, is not educational, and opens the door for ridicule of the industry and contributes to its bad reputation. So, if that makes me an “anti-DTC” blogger, so be it. I’ll have to live with that label.