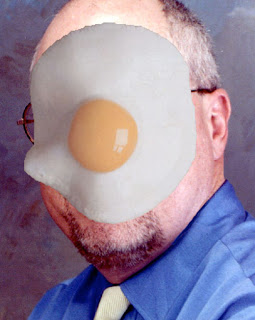 That blog post was picked up by Jim Edwards on BNET Pharma in his story, “McNeil Axes Michael Phelps’ Mom From ADHD Facebook Page.”

Now, both Jim and I have egg on our faces! McNeil’s Tricia Geoghegan wrote the following comment to my blog post:

Debbie Phelps’ departure from our ADHD Moms(TM) community was scheduled to occur in January 2009 and to prepare for it, we shared this news with fans in a few ways that month. Starting on January 7, 2009, we sent a notice to our Facebook community fans about Debbie’s departure; it was sent to the “Updates” section of fans’ personal Facebook pages. It read:

“New Year, New Start!
Wednesday, January 7, 2009
New Year, New Start! ADHD Moms will unveil new features and new faces in 2009. This month, Debbie Phelps passes the torch of advocacy to ADHD Moms fans and shares a note of thanks for the memories and support in 2008. Be sure to visit ADHD Moms frequently as we introduce new resources to the community in the coming weeks.”

Additionally, from Jan. 7 through Jan. 30, 2009 we posted Debbie’s good-bye letter along with a farewell letter to her from our community on our Facebook website homepage.

I should have contacted the company before I made my post to avoid this embarrassment and bad press generated because of my post. I regret not doing that. The only thing I can say in my defense is that whenever I have called the PR people at pharmaceutical companies in the past, I have never received a reply.

It appears that pharmaceutical companies are paying more attention to bloggers and other “consumer-generated content” and are willing to engage in the conversation, especially if they feel a need to correct a mistake.

Just today, Jeff Trewhitt, Senior Director, PhRMA Communications & Public Affairs, made a comment to another post (“As Innovation Shifts to Small Companies, How Will Big Pharma Defend High Drug Costs?“). He was interested in my survey on how pharmaceutical companies can improve their public image.

“This is one time when it is better for me to sit back and read and learn rather than respond, though on other occasions, I may weigh in if you don’t mind,” said Jeff.

I don’t mind at all! I invite ALL my pharma friends to sit back, read, enjoy, and by all means weigh in whenever you feel like it!

It occurred to me that I did not verify that Tricia Geoghegan is employed by McNeil Pediatrics and has the authority to speak for that company. I guess I could call the company switchboard, but I haven’t got time for that!

I also found her on Facebook where she says “My goal in life is to be the person my dogs think I am…” Her Facebook friends are Marc Monseau and Peter Justason, also of J&J. Both Marc and Peter are friends of mine on Facebook (in real life too!). Tricia plans to attend the 2009 National Walk for Epilepsy and attended Obama’s inauguration on CNN, just as I did! Sounds like a person I’d like to know better, so I made her my friend on Facebook!