Which Future US Health Care Scenario is Best for Pharma? Should the Drug Industry Support Comparative-Effectiveness Research?
(Survey ran from 19 March 2009 through 1 August 2011. N=29 respondents) 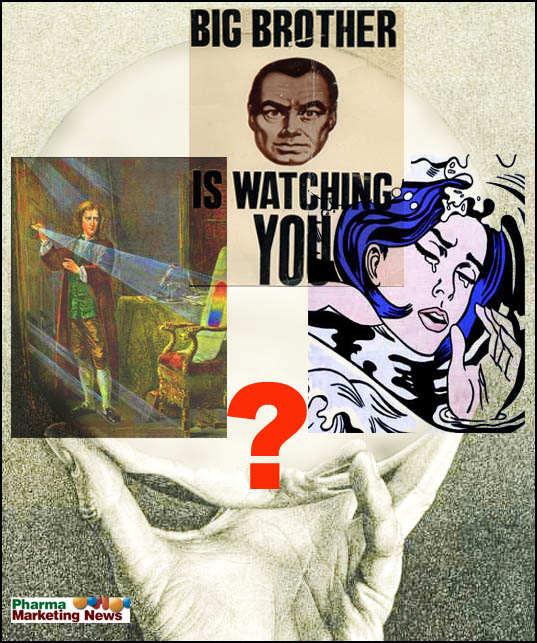 Kim Slocum, President of KDS Consulting, LLC, and former Director, Strategic Planning & Business Development at AstraZeneca, suggests that the pharmaceutical industry faces at least three likely future healthcare scenarios in the US that will have an impact on its business and profits:

Slocum also mentioned a fourth, blended scenario, which may be called “Safety Net” — Government run, price-controlled system that covers primary care, generic medications, basic chronic disease care and catastrophic hospitalizations. People with more money could “trade up” with their own money to better standards of care. This is much like the healthcare system we see in Australia.

A fifth alternative is the scenario endorsed by PhRMA, the US drug industry trade association. Call it “PhRMA’s Platform.” You can read more about here. It emphasizes affordable health insurance and choice for all Americans rather than a government-run insurance plan. The plan depends upon “expanding private health insurance coverage through new refundable tax credits targeted at low-wage, small businesses and providing individual subsidies for low- and moderate income families to purchase coverage on their own or through new pooling arrangements” and upon Medicaid and SCHIP as safety nets.

This survey asks respondents’ opinions about the relative benefit to the drug industry of the above possible future healthcare scenarios as well as their opinions on other important issues, including:

Survey Results:
The overall results are summarized in charts below. Access a more detailed online Summary of Responses plus view comments from respondents here.

Respondents were asked to rank each of the following different future scenarios, which are described above, in terms of overall benefit to the pharmaceutical industry (choices ranged from 0 – Least Benefit to 5 – Most Benefit): 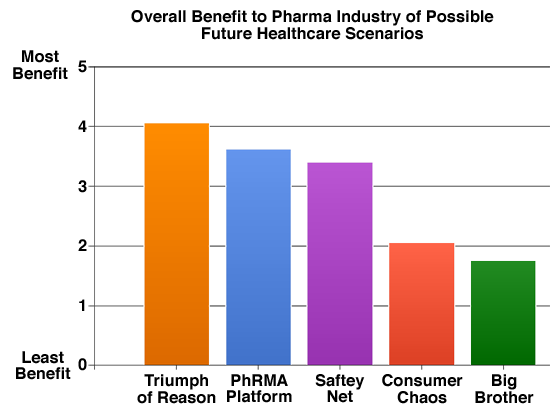 As a corollary to the above, respondents were asked to indicate how likely or unlikely the above scenarios will unfold over the next decade in the U.S. IF THE PHARMACEUTICAL INDUSTRY REMAINS ON THE SIDELINES OR NEUTRAL (Choices: Very Likely, Somewhat Likely, No Opinion/Neutral, Somewhat Unlikely, Very Unlikely): 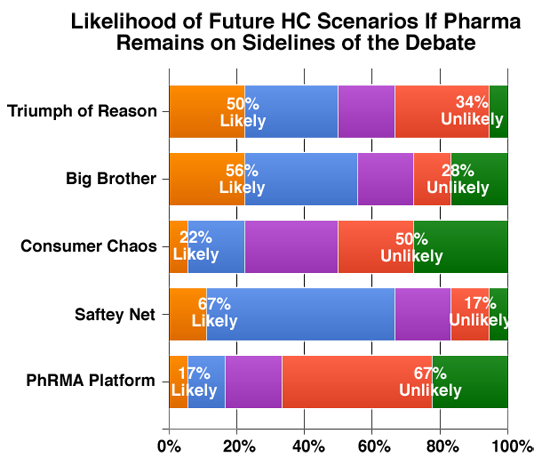 Use of Behavioral Targeting by Pharma Marketers Survey

Are FDA’s New Revised “Rules” for Distribution of Off-label Reprints Too...