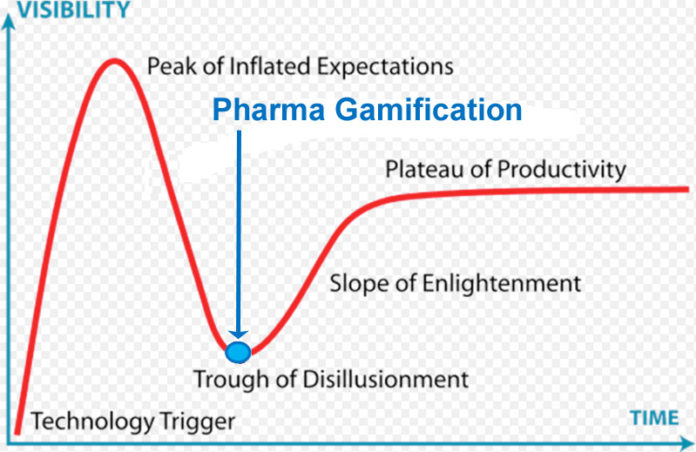 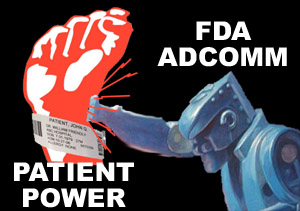 FDA AdComm Deals Blow to “Patient Power” Re: Experimental Duchenne Drug
An FDA advisory panel voted Monday that a drug from Sarepta Therapeutics was not effective for treating Duchenne muscular dystrophy, a rare and fatal muscle-wasting disease. About 13,000 children, mostly boys, are afflicted.

The vote came after a daylong session punctuated by emotional pleas from dozens of parents and their children, some of whom appeared in wheelchairs, to describe how the Sarepta drug, called eteplirsen, made a substantial difference in clinical trials. Their testimony was balanced by presentations from US Food and Drug Administration staff who took a dim view of the Sarepta trial data.
More details can be found here. 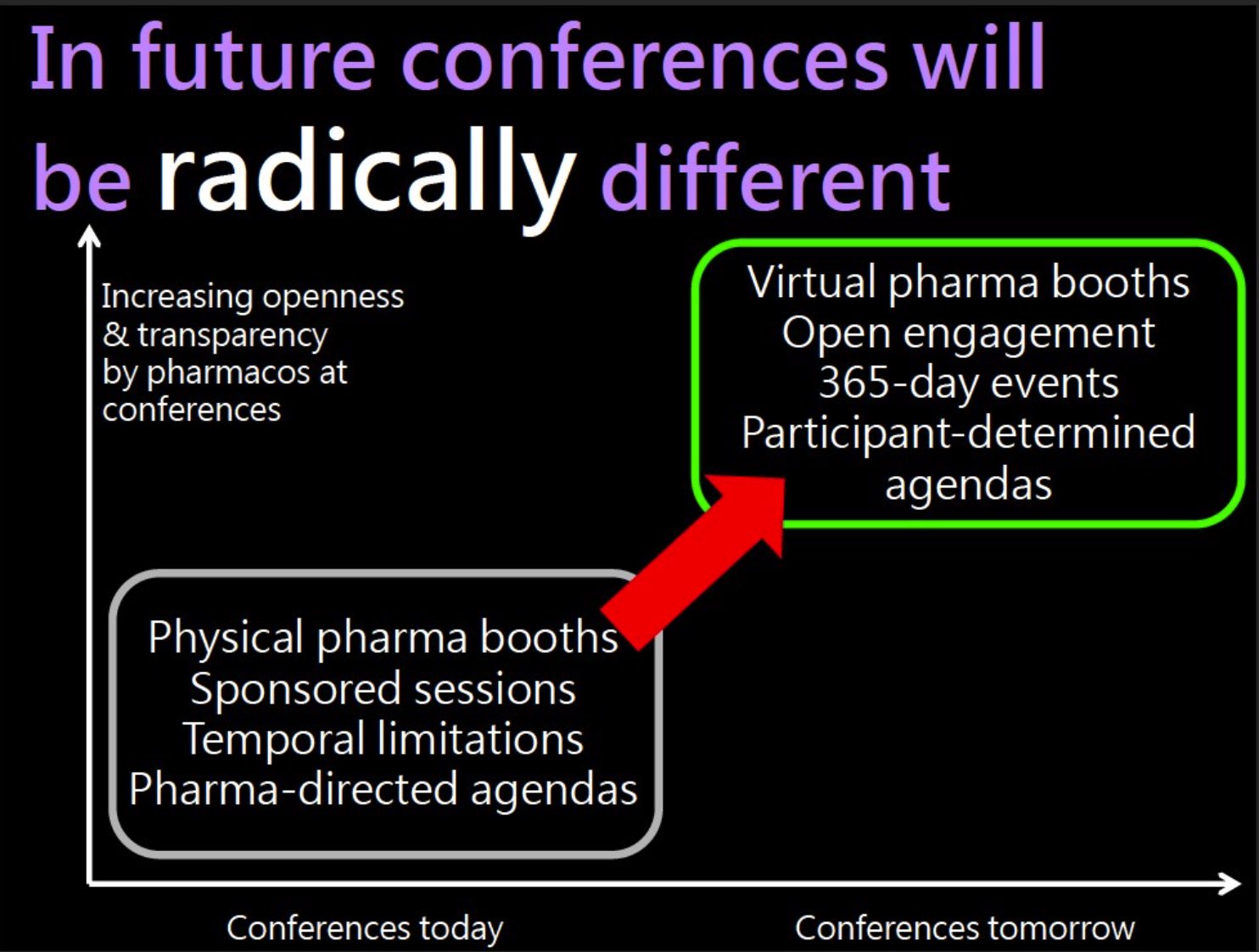 A Roadmap for Pharma to Staging Virtual Medical Conferences
There can hardly be a pharma brand team on the planet that does not include medical conference participation in its annual brand plan.
Participation at conferences and events is a core marketing, medical and communications activity accounting for millions of budgeted Euros annually. Hence, it is no surprise that the last three years have witnessed the pharma industry’s growing interest in virtual conferencing, particularly in the context of medical society events.

However, for the majority of pharma companies, interest has yet to translate into business-relevant strategies or initiatives. Why?
Find out here.

“Desperate Turds” Print Ad: How Long Have They Been Trapped Inside That A-Hole? 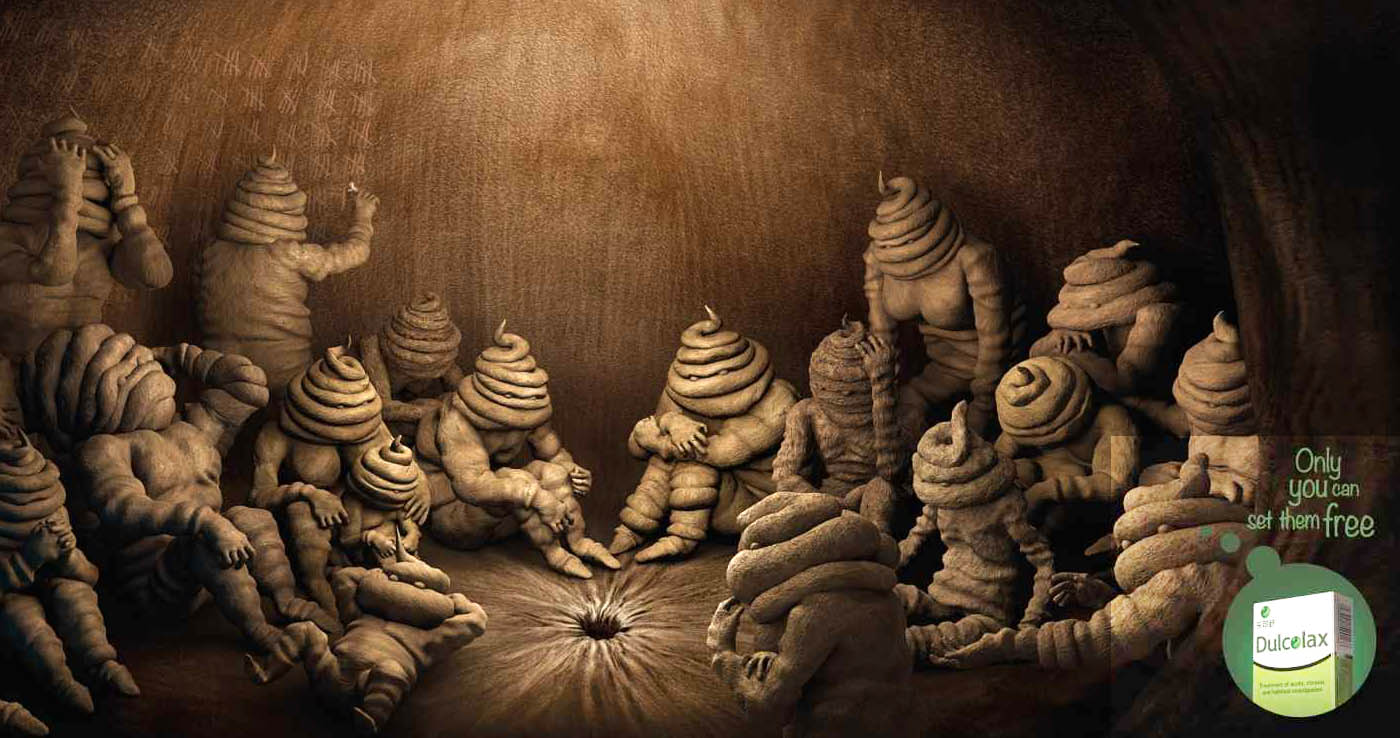 I recently came across a Dulcolax Laxative print ad, which ran in Singapore newspapers and bus shelters and which was on a 2014 shortlist under the outdoor category at Lions Health. Creative advertising people have labeled the ad “Desperate Turds.”

Yep! It’s a view of turds trapped inside an A-hole! The tagline — along with a photo of a Dulcolax Laxative package — is expressed in a turd’s thought balloon: “Only you can set them free”.

As is often the case with OTC drug ads, the “Desperate Turds” ad misrepresents the effectiveness of Dulcolax Laxative to treat occasional constipation.
Found out why it misleads here. 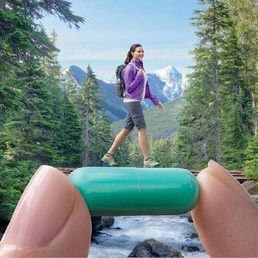 Social Media Failed to Do the Job, So Biogen Turned to DTC to Promote Tecfidera
Biogen CEO George Scangos told investors the company’s direct-to-consumer advertising campaign for its multiple-sclerosis drug Tecfidera was designed to address “low awareness” for the drug.

“We were surprised, actually, at the beginning by the low awareness among patients of Tecfidera,” Scangos said during Biogen’s first-quarter earnings call Thursday, “and we had data suggesting that when patients did learn about Tecfidera and went to their physician to discuss it, they often had it prescribed.”

Scangos would not say whether that heightened awareness from the DTC campaign translated into more sales. He said the drugmaker plans to give investors an update on the campaign during its next quarterly earnings call.
More here. 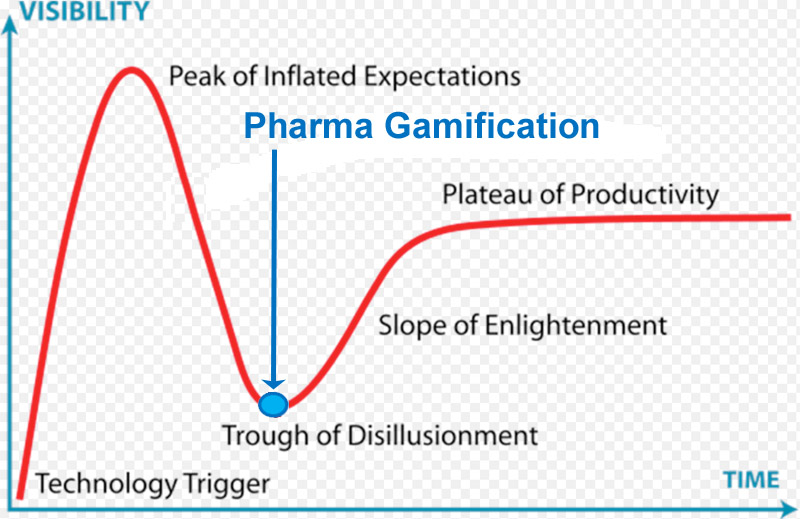 Gamification is also a buzzword often heard at pharma industry conferences (see here). Not only hasn’t gamification taken “center stage” in the pharmaceutical industry, it is, IMHO, at the trough of disillusionment of the Gartner hype cycle (read “Is Pharma Gamification Dead in the Water?“).

One way that Comstock cited to “prod along” gamification is through “pointsification”, or “apps where the only game-like strategy is the use of badges and points to motivate people.” Charlie Schroder, a Silicon Valley digital strategist and consultant, said at the HIMSS16 conference:

“In Silicon Valley we’ve played around with a number of incentives including cash rewards versus badges and points, and badges and points win out every time over cash, over anything tangible, and it’s across every demographic.”

Interesting. Of course, it all depends on how one “plays around with incentives.”
Find out what I mean by that here.