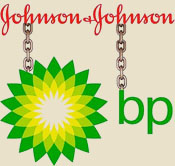 Every year without fail there are revelations about one, two, three, or more pharmaceutical companies behaving badly — companies that have been charged with crimes such as making kickbacks to physicians, engaging in Medicare and Medicaid fraud, promoting products off label to physicians or companies that are called to testify before Congress about sub par manufacturing practices.

The year 2010 seems to be unique in both the scope of bad behavior and the companies involved. No less than 8 of the top 10 Federal fraud settlements in 2010 involved pharmaceutical companies. In 2010 we also witnessed the missteps of a company that historically has been one of the most admired and trusted companies in the healthcare sector. That company is Johnson and Johnson (JNJ). Not even its expertise in social media relations could help JNJ when its executives didn’t behave properly.

Aside from the seriousness of some of these issues, the pharmaceutical industry and its leaders always make good targets for humorous blog posts, such as the ones referenced in this section of the 2010 Pharma Marketing YearBook.

Finding the Consumer Within the Patient: Insights Into How Healthcare Decisions...