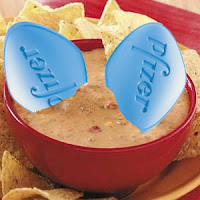 Pfizer proves once again that it’s not all about the science when it comes to “innovation.” It’s also nice to hedge your bets by winning patent infringement cases to keep marketing exclusivity for as long as possible.

Yesterday, for example, Pfizer prevailed in its Viagra patent infringement action against Teva Pharmaceuticals USA, Inc. in the United States District Court for the Eastern District of Virginia.

It wasn’t, however, your typical patent infringement case. Pfizer actually has TWO patents for Viagra. One patent, which expires in March 2012, covers sildenafil (Viagra’s active ingredient) for use in treating heart-related conditions such as high blood pressure. During the clinical trials, however, Pfizer discovered that the drug can improve erectile dysfunction (ED), the condition for which it eventually received marketing approval from the FDA.

In 2002, however, Pfizer double-dipped into the US patent office and received a NEW patent for Viagra to treat erectile dysfunction. It was THIS patent, which expires in October 2019, that was upheld in court yesterday.

According to a Wall Street Journal article (here), “In siding with Pfizer, Judge Smith wrote that in the early to mid-’90s, a person trained in the art of drug development ‘would have no expectation that oral administration of such compounds would be successful in treating ED, and thus such method was not obvious to try.'”

In court, Pfizer essentially argued that it was not technologically savvy enough to know that sildenafil could treat ED while at the same time it pursued FDA approval PRECISELY for that condition. Talk about having your cake and eating it too!

If the court decision is not challenged on appeal, Pfizer will enjoy “continued market exclusivity” that will boost earnings by “roughly 3% annually between 2013 and 2018, a period in which profit otherwise would be under pressure due to the expected loss of exclusivity later this year for Pfizer’s top-selling Lipitor cholesterol pill.”

It’s good to be the Pfizer! Pfizer shares were up 2.2% to $18.25 in early afternoon trading Monday on the New York Stock Exchange.