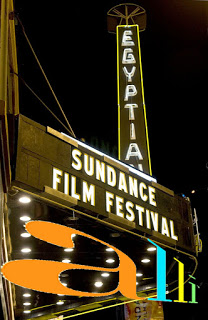 According to the New York Times, “GlaxoSmithKline is getting into the movie business, pursuing an unusual and most likely controversial strategy to increase interest in a weight-loss drug.” That drug, of course, is alli. “Glaxo, the pharmaceutical giant behind Alli, an over-the-counter weight-loss product, has decided that a good way to educate Americans about obesity — and increase sales of Alli — is to finance a “hard-hitting” documentary about eating” (see “Alli Marketer (GSK) To Produce Documentary Film on Eating“).

Rachel Ferdinando, a Glaxo marketing executive, summarized the film as “the ‘Inconvenient Truth’ of mindless eating,” with the story taking a “behind-closed-doors, fly-on-the-wall” approach that highlights unhealthy relationships people have with food.

Fat boy Jeff Garlin of “Curb Your Enthusiasm,” will appear on a panel at the Sundance film festive to “promote Glaxo’s recent study findings about eating habits and talk about ways for the entertainment industry to get more involved in reducing obesity.”

GSK, I know it’s short notice, but can you please send me to Sundance and get me a ticket to this panel discussion?  All expenses paid, of course. Also, when the film is produced, please don’t forget to invite me to the New York screening — I assume it will be screened in NYC. Centocor forgot to invite me to the screening of its documentary film “Innerstate” and they were sorry! (see “Innerstate Private Screening: Philadelphia Style“).

Does FDA Guidance About Pharma Communications with Payors Open a Path...