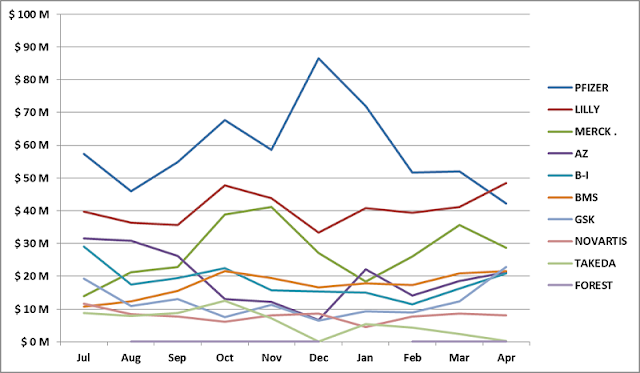 According to cegedim Strategic Data, Lilly overtook Pfizer in total direct-to-consumer (DTC) spending in April, 2012. The chart below shows the top 10 DTC spenders between July 2011 and April 2012.

Pfizer spent nearly $900 million in DTC advertising in 2011. $220 million of that was for Lipitor. I predicted that Lipitor would hold the “Key to DTC Ad Spending in 2012” (see here) and this chart proves it.