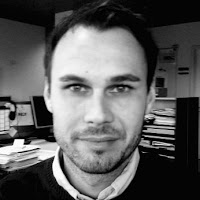 I don’t know if Pinterest is the next Facebook or not, but if it is, Pharma marketers are likely to stay away from it at least until they figure out how it works.

While pharma ponders Pinterest, others are using pharmaceutical company names as their Pinterest usernames and URLs. Džesika Fizor, for example, staked a claim to http://pinterest.com/Pfizer/. Fizor’s boards include “juicing,” “homie,” “belly goodness,” and “things i like that are clothes.”

Boards are categories into which users of Pinterest arrange pictures that they upload from their computers or steal, er, I mean PIN from other sites or from other Pinterest users (“repinning”).

Here are some other “pharma” Pinterest usernames that have been claimed:

These Pinterest pages are still available. I suggest the brand companies hurry up and claim them:

Novo Nordisk is on Pinterest!
Meanwhile, Novo Nordisk has a legitimate Pinterest page (http://pinterest.com/NovoNordisk/)! Novo actually has 11 “pins” posted to several “boards”: 4 pins in “Patients,” 1 pin in “About Novo Nordisk,” and 6 pins in “World Diabetes Day.” Two other boards — “Health Care Professionals” and “Careers” — are empty.

I “repinned” the image from  the “About Novo Nordisk” board to a new board I created on my Pinterest site titled “Pins from Pharma Companies” (here). I was also able to “like” that image (pin) and post it to my Facebook wall as well:

I wonder if the Novo Nordisk Pinterest site is legitimate (seems so) and if their legal/regulatory people know about it (maybe not). I know that comments submitted to pharma Facebook pages have been the industry’s Archille’s heel (see “Janssen to Shut Down Psoriasis 360 FaceBook Page Due to Lack of Commitment“). I wonder if the same will be true of Pinterest?

P.S. Novo Nordisk confirmed via Twitter that the Pinterest page is legitimate. But I wonder why the Facebook button on the page links to the page of someone called “Kasper Kofod” (here)?

Who is Kasper Kofod (seen on the left)? He may be a Novo Nordisk employee — he is friended by Craig DeLarge who definitely works for Novo here in the U.S.

P.P.S. I just learned from LinkedIn that Kasper Kofod is Social Media Manager at Novo Nordisk in Denmark (see his profile here). He is @kofod on Twitter.

It’s strange that Kasper would use his personal Facebook page as a link on Novo’s Pinterest site.

P.P.P.S. I posted this to Twitter and heard back from Kasper who informed me that the link to his personal FB page was inadvertent. By the time you read this it will probably be fixed. Any way, it allowed me to make a new friend and get a glimpse of who is behind the social media curtain at Novo Nordisk 🙂